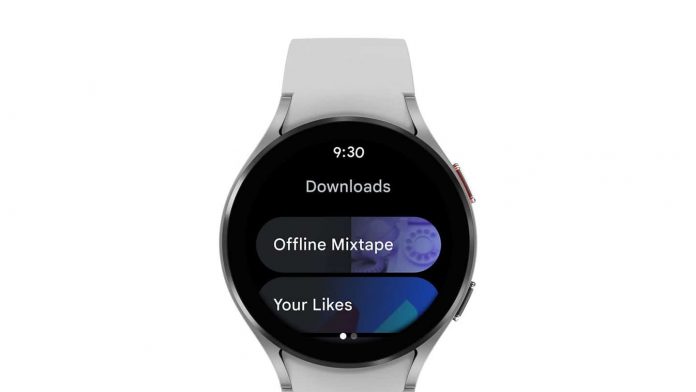 Google has finally released the Wear OS app for YouTube Music, this means good news for everyone who has been waiting to find a way to be able to listen to their music on Google’s streaming service after the company shuts down Google Play Music on Wear OS in August 2020. But the new app comes with some important caveats.

One of the biggest problems is that this new application only works on one of the two new watches from Samsung with Wear OS 3, this information given by Google. Those same watches won’t be available on the market until August 27th, or even if someone wants to try a new application, they won’t be able to do so unless they have a Galaxy Watch 4 or a Galaxy Watch 4 Classic.

The lucky person to own one of the new watches, OS Wear YouTube Music will allow YouTube premium subscribers to download the right music to listen to on their watch, meaning they can listen to music with just a watch and a pair of headphones Bluetooth headset, even when there is no Internet connection.

However, based on the information available on the hands-on it looks like there are going to be some frustrating caveats that the user will have to keep in mind when actually using the YouTube Music OS app.

There is still no possibility to stream music using the application, that is, everything leads to wanting the user to be able to download the songs at the moment and only then will be able to listen. One of the negative points that have annoyed many users is that the user can only download the respective songs with the watch on the charger.

Still despite some caveats, it’s good that the YouTube Music Wear app becomes available, even if it presents itself in its current, yet limited form. Google has not yet shared the details of when the app should be available on other Wear OS devices.

AMD Radeon Software has been updated for Windows 11!