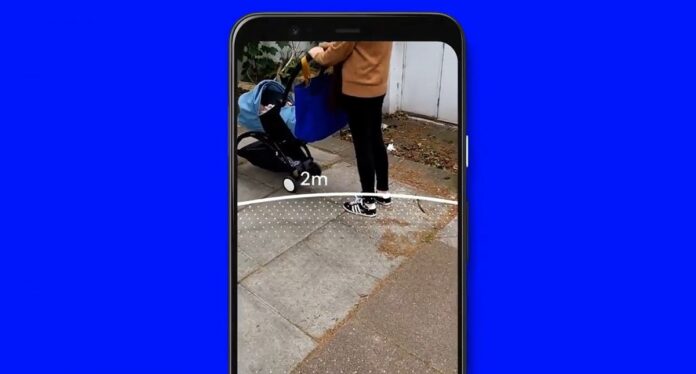 Social distance, which is one of the precautions to be taken against coronavirus, is the most basic measure that should be applied in order not to catch the virus. For the social distance that many people are trying to implement precisely in their daily life, Google has released a new tool.

How to use Google’s social distance vehicle Sodar?

To try Sodar, which is currently only running on Android devices via Chrome, you need to have the QR code on Sodar’s website read into your phone. After reading the QR code, you need to give the permission requested by the augmented reality application. In the camera interface opened after the permission is given, Sodar will display the social distance via the screen.

Google’s social distance service Sodar may not always show the 2 meter distance perfectly. However, the resulting difference is not large enough to allow violation of social distance.

You can reach the social distance service of Google at Sodar from the link here. As we have explained above, after entering the website, you need to scan the code on the phone’s camera with a QR code application.

Google Sodar uses WebXR that comes with Chrome v79 to determine social distance. For this reason, to use Sodar, you need to have v79 or higher of Chrome on your Android device.

Sweet Home: a possible season 2 for the series?

Trying to get production out of China, Apple is building more...