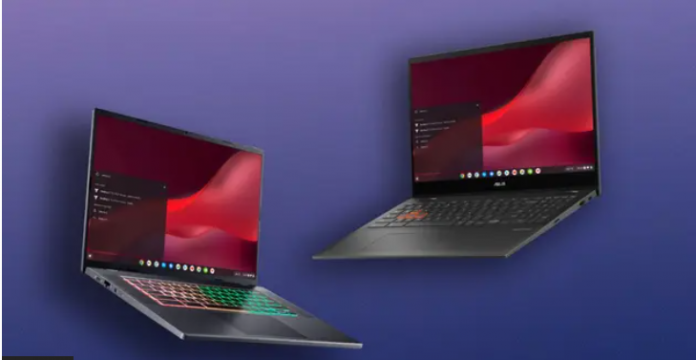 Google has announced it will launch a line of cloud gaming laptops in the form of three Chromebooks just weeks after abandoning Stadia.

Google has announced three brand new Chromebooks, each with 120 Hz displays, as well as all the fancy RGB backlights needed to call yourself a gamer. Currently, systems with such characteristics are also equipped with WiFi 6E to provide a reliable gaming experience in the cloud.

This is a strange move, as Google recently shut down Google Stadia, its cloud gaming platform. However, they still boast that not only will you be able to play on a Chromebook, but you will also be able to play more than 1,000 games. Technically, this is possible with things like Xbox Cloud Gaming and services like Amazon’s Luna, which Google advertises on its landing page.

First of all, this is the Acer 516 GE, which is equipped with at least an Intel Core i5 processor, a 120 Hz display and an RGB keyboard. To be honest, it’s relatively uninteresting.

Secondly, this is the ASUS Chromebook Vibe CX55 Flip, the name of which is very catchy. The difference here is that this Chromebook offers tablet mode in addition to a slightly faster 144 Hz display, which you will definitely need in cloud gaming scenarios. Definitely.

Finally, the weaker Lenovo Ideapad Gaming Chromebook actually has a reasonable name, in addition to the Intel Core i3 processor, while sharing the RGB perfection and 120 Hz panel that Google is so keen to focus on.

If you buy one of the brand new gaming Chromebooks, you will be able to unlock a three-month trial not only for Amazon Luna, but also for the GeForce Now RTX 3080 tier.

There you will be able to play games at a speed of about 85 ms, according to Google. You can also run games like Crysis 3 Remastered at 120 frames per second, which should take advantage of this display. However, we remain skeptical about the possibilities of cloud gaming as an everyday device. But it will be convenient for those who often go to the game as a last resort.

You probably shouldn’t use it in competitive scenarios, as the input delay will kill any drop of competitiveness that might occur in those scenarios. In fact, you’ll probably be better off with a dedicated PC.

Stadia may have been an imperfect service, but the launch of these cloud gaming laptops shortly after the company shut down its own cloud gaming platform really leaves a bad taste in the mouth.

There may be a buyer for cloud gaming hardware in the future, but the only thing that really sets these Chromebooks apart from any others on the market is the screen technology, and we really don’t think you’ll want to play too many games. Unfortunately, with a high update rate of the streaming service.