Home Tech Google Keyboard update got a response from users 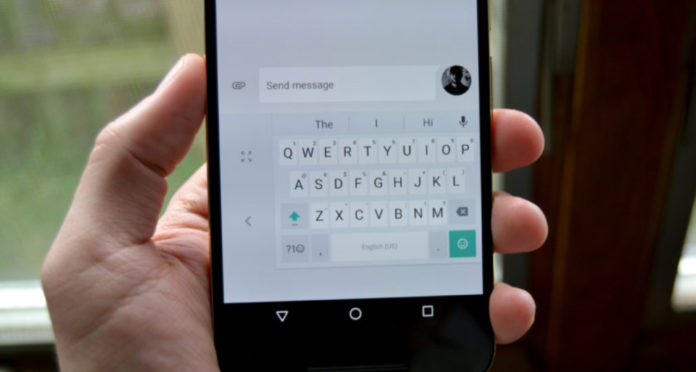 The Google Keyboard update got a big response from users. With the new amendment, the Google keyboard has Google text. It was noteworthy that this change was made unnoticed to users.

As a result of the update, users asked to remove the “Google” text on the space bar. However, when entering the Google Keyboard settings, it turned out that there was no option to remove this post.

Google Keyboard update upset users
Over the past day, Google Keyboard has received an update, aka Gboard. With the update coming to the application, which has more than 1 billion downloads, keyboard improvements have been made. The update was on the keyboard’s delay and launch. Along with these user-friendly updates, “Google is added to the space key.

This article, which was not previously on the keyboard, attracted the attention of users. Users who wanted to remove the post from their location came across a surprise when they went to Gboard settings. The text in the space key cannot be removed.

In fact, it was determined that this change was made weeks ago, but it was noticed by users since the update is now available.

As a result of the examination, it was stated that the “Google” text in the space key could not be removed. One of the users who experimented stated that the post disappeared after adding a second language. However, with the addition of the language, the setting key is to the left of the space key. Switching between languages ​​is made with this button. This key also replaces the emoji key.

After users react, it is wondering if a change will be made by Google.