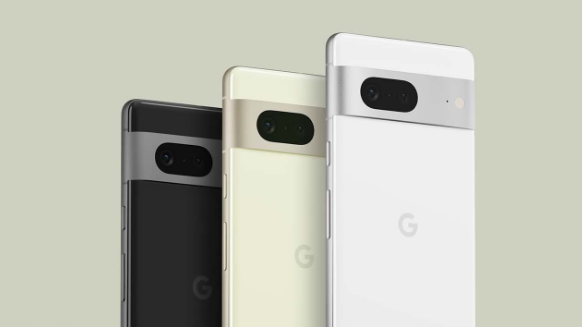 What does the Google Pixel 7 series offer?

Google will offer a free VPN service for Pixel 7 and Pixel 7 Pro users.
The phones will receive updates for 5 years.
Spam calls will be filtered out using Pixel Call Assist.
Thanks to RCS technology, richer messages can be sent.
Thanks to the “Clear Call” function, the phone will minimize background sounds during a conversation.Thanks to the Tensor G2 chipset, photos will look much clearer thanks to machine learning. Images can also be sharpened after they have been taken.

The new flagship Google Pixel 7 Pro smartphone has the same chassis as the Pixel 6. The device has rounded corners, a linear camera protrusion and a smooth glossy back panel with the Google logo. The speakers and charging port of the device are located at the bottom of the phone, and the power and volume buttons are on the right.

The device’s screen offers a refresh rate of 120 Hz and a resolution of 1440 x 3120 pixels, the same as the Pixel 6 series. On the other hand, the phone also supports 1080p resolution to increase battery life.

Google Pixel 7 Pro is equipped with a new Tensor G2 chipset. The chipset, which has a total of 8 cores, offers superior graphics and processing performance compared to the previous generation.

Setting up the Pixel 7 Pro camera will be the element that really brings the phone to the fore. The new Pixel 7 Pro is equipped with a 50 MP main camera, which was used in last year’s model. This year’s innovation will be the recently added 48 MP telephoto lens to the phone. This way, the phone will be able to offer much better scaling performance.

The standard model of the new series: Pixel 7.

The Pixel 7, the standard model of the Google Pixel 7 series, also has the same design as the flagship. However, unlike the Pro model, there is no 48 MP telephoto lens in the phone’s camera settings. The main camera of the phone consists of the same 50-megapixel camera as last year.

The Pixel 7 also has the same screen as last year, as does the Pro model. The device offers a refresh rate of 90 Hz and a resolution of 1080 x 2400 pixels. The phone has a new Google Tensor G2 chipset, the same as in the Pixel 7 Pro.