Home Tech Google has shared new details about the Pixel tablet, which will be... 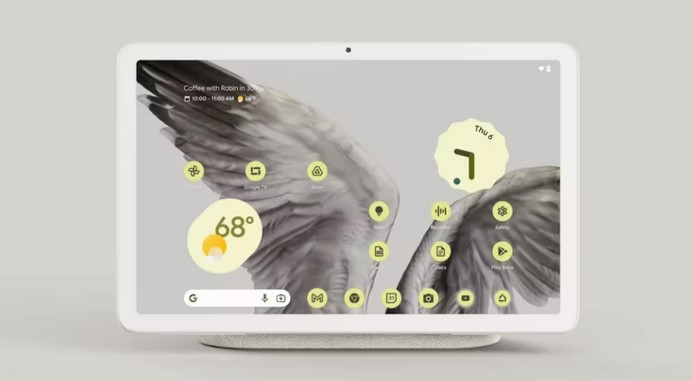 Google also shared some details about the Pixel tablet, which is expected to be released in 2023, at its event where the new Pixel phones were unveiled today. The company said the tablet will have a Tensor G2 chipset, just like the phones, while stating that it will have a feature that will allow it to act as an intelligent screen.

Today, the American technology giant Google held the long-awaited Pixel event. While the giant company unveiled the Pixel 7 and Pixel 7 Pro phones at the event, it also unveiled its first Pixel Watch smartwatch.

In addition to these devices, Google also shared with us new details about its long-awaited new Pixel Tablet. The company first showed this tablet at the I/O event held in May and announced that the device will be released in 2023. At today’s event, we shared some new details about the device.

Pixel Tablet can work as a smart display

First of all, we note that the device that shows that Google will return to tablets again was not presented today. At the event, the company shared only some details about the Pixel tablet, which will be introduced in 2023. The tablet that will ship with the Android operating system, as expected, will have the Tensor G2 chip that we saw in the Pixel 7 and Pixel 7 Pro.

Google also confirmed the long-awaited feature of the long-awaited device. Accordingly, the Pixel Tablet will have a docking station with a magnetic speaker that can charge the device 24/7. This will allow you to use the device both as a smart display and as a portable tablet. Thus, the new feature will make the tablet a universal device, so that it can be used both at home and in other places. This feature will also simplify video calls using the tablet’s front and rear cameras.

Google has not yet shared any details about such characteristics as screen size, RAM, resolution and price of the new tablet. We need to wait until 2023 to find out about them.