Home Entertainment Google Earth for Android has traveled in time! 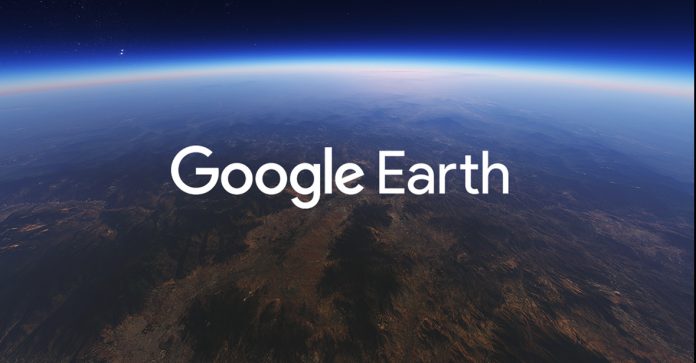 The popular feature of the Google Earth service, Timelapse, was discovered in the Android app by a developer. This feature, which is normally only opened from mobile or desktop devices on the Web, was run on Google’s application for the first time.

Timelapse feature was first launched in Google Earth in 2016. The service, which takes its users on a journey to the past by using old application images, can go back to 1984 thanks to the millions of photos collected. This interesting feature has started to wink at mobile applications when we look at the screenshots that have now appeared. A software developer named Kyler was able to use this function through the Android application.

A Twitter user named Kyler, who defines himself as a developer, shared a screenshot he took from Google Earth’s Android application with his followers. The developer, who stated that he could run the Timelapse feature in an application for the first time, surprised everyone.

As you can see, the Google Earth Timelapse feature adopts a different design in the application view. According to the photo shared by Kyler, the Android view of the function is as follows:

If you haven’t run this feature on Web devices yet and you’re wondering, its design is different. On the Timelapse Web, it looks like this:

The Google Earth feature, which has quite distinct differences in user interface, includes a slider option that will make it easier to jump in time. It is also possible to use various arrow buttons to jump to certain years. Other buttons include preferences such as street view and three-dimensional view. In addition, it was also surprising that the service, which can go back to 1985 under normal conditions, shows the year of August 1, 1938 in the shared photo. The location clearly shows us the San Francisco of those dates.

Unfortunately, there is currently no confirmed information about Timelapse for Android. Although the user named Kyler stated that he obtained this image from the application, there is no information about how this happened. If the user’s claim is correct, we can say that Google has now significantly improved the testing phase. However, we will be able to learn this fully in the future.

What do you think about this feature? You can share with us the place and year you want to go, even with a bird’s eye view!