Home Tech Google Docs is updated and allows you to insert files without using...

Google this week released a new update for Docs that enhances the platform’s integration with other services from the company and gives users the ability to quickly access some of the text editor’s key features, such as the ability to mention other people in the file or quickly insert new media.

The update implemented a tool in the service that allows adding Google Drive files or files stored in other areas of the Workspace to the document being edited, allowing access, through a single command, to various options of the company’s services.

The new smart function can be accessed just by inserting an @ in the document, then you can mention other people or choose which menu option you want to use, including suggested images, tables and more, eliminating the use of the mouse. Look: 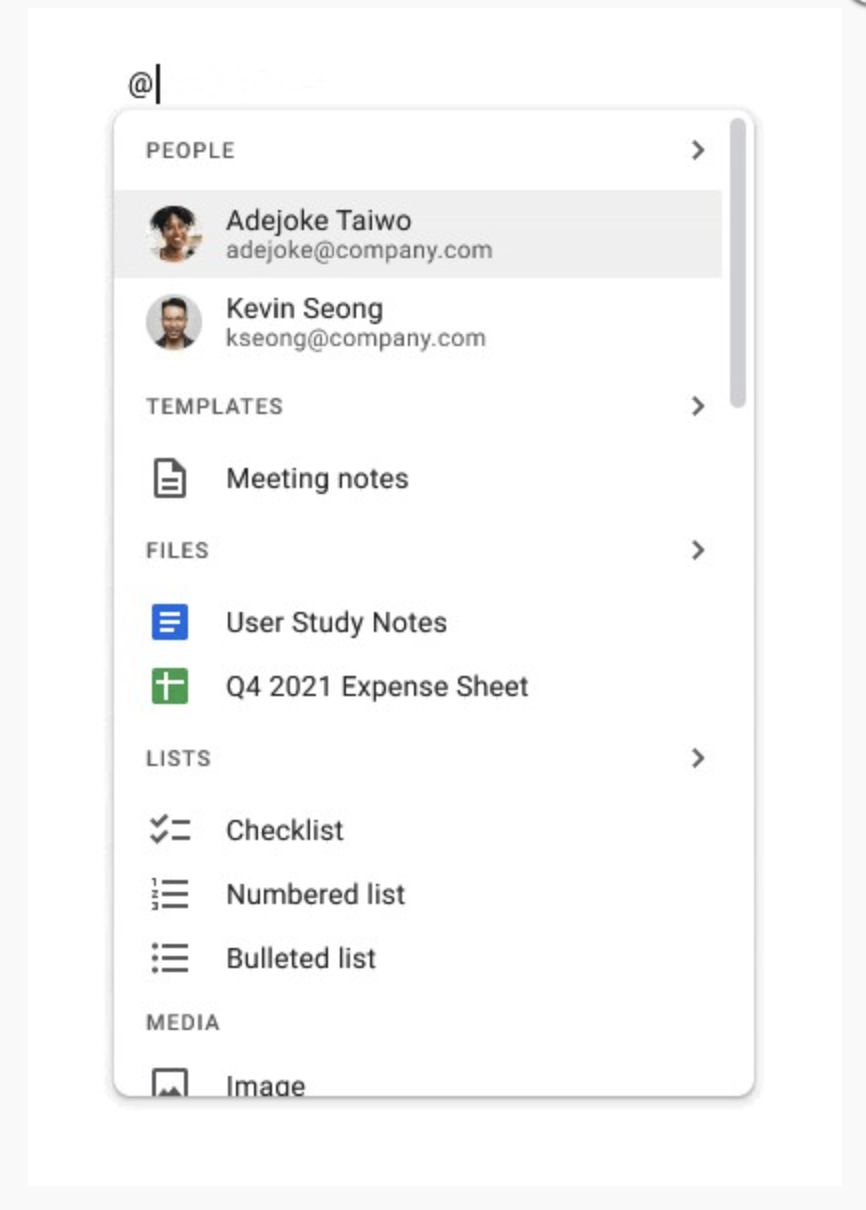 In addition to this new feature, new updates are expected to bring even more integration with the developer’s other services, however we still don’t know what possible new features should come to Google Docs in the future, but rumors suggest other smart suggestions in the menu.

What did you think of this new feature on Google Docs? Do you intend to use it? Tell us, comment!