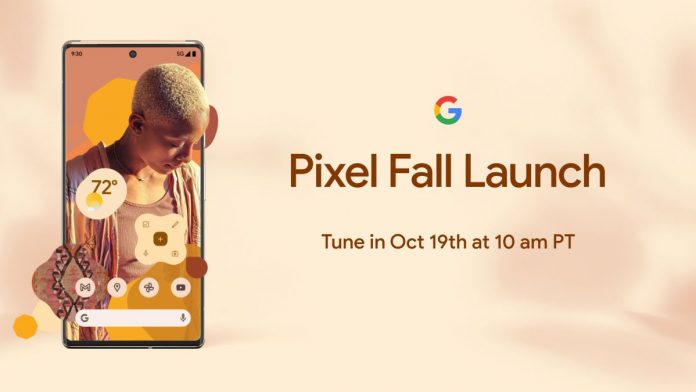 Google: About two months ago Google caught everyone off guard with a small ad about its next phone. The company showed the world its Pixel 6, or at least gave some guidelines of what we would see later in the next fall event that the firm has called Pixel Fall Launch and which already has an arrival date.

Google will have its next event on October 19

As we told you, it has been a long time since we saw the first details of the Google Pixel 6. Just a few tweets on the company’s account served to raise all expectations about what we were going to see next this year. And it is that since the release of the Google Pixel, this has become one of the most interesting terminals of the year, although for many it still lacks time to convince users.

But the best of all is that very soon we clear the doubts of what it is like and what the characteristics of your phone are at the next event entitled Pixel Fall Launch. It has been again on Twitter where those from Mountain View have given their new announcement with a creative in which you can see the company’s terminal on a screen with different icons with company applications and multitool functions that could predict a new feature of the company’s new operating system: Android 12. They will not be short on features either, since the 5G symbol placed next to the phone’s coverage could not be missing.

What to expect from the Pixel Fall Launch

Google has already set a date for its next event. The Pixel Fall Launch will take place on October 19 and we will only have to wait to know all the details of the new Pixel products. It is expected, of course, that the company of more details of the Google Pixel 6 and how the first processor of the house works that they called Tensor last August.

Of course, we could see a powered version of the terminal and some novelty of the firm’s operating system and some other device. Many dream of the long-awaited folding smartphone, but we will find out when the Sundar Pichai team show us all their projects they have worked on during the last year.