Google launched version 7.4 of the Google Camera application, which has as one of its main novelties the support for 8x zoom in Pixel 4 and Pixel 4 XL. The new edition of the app also has easy access to 4K recording settings on devices compatible with the resolution.

According to 9to5Google, support for up to 8x zoom is only available on the Pixel 4 and Pixel 4 XL. Even after the update, the other cell phones in the line are still limited with up to 5x digital image approach. 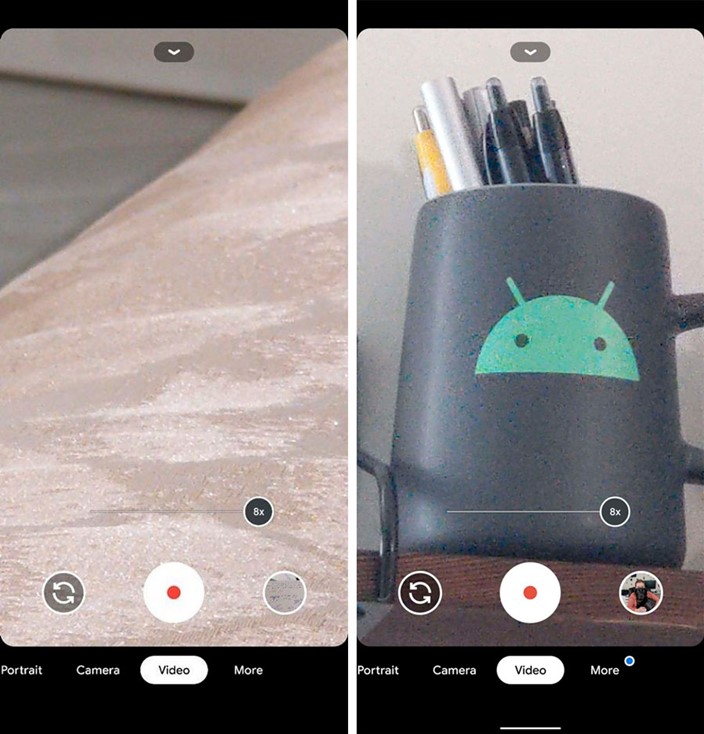 The Pixel 4 line devices had support for up to 6x zoom. The arrival of the new option promises to be accompanied by low loss of quality in the recording, courtesy of the Super Res Zoom algorithm, which uses artificial intelligence to improve capture.

The ease of video settings is more comprehensive and promises to make life easier for users of Pixel devices. While the change in resolution was in the middle of the camera options, it is now possible to switch between Full HD and 4K easily, as shown in the image below.

The Google Camera 7.4 quick menu allows the user to choose the resolution at which the videos will be recorded, activate Flash and also modify the frame rate in Full HD quality. Although Pixel 4 devices support Ultra HD recording at 60 frames per second, the option does not appear in the quick setup menu.

Support for Pixel 5 and Pixel 4a

Apparently, one of the models is the Pixel 4a, which should be revealed by the company within the next few weeks, after the postponement of the Android 11 Beta event. The second device is possibly the Pixel 5, which should hit the market in the second half of the year.

The new version of the Google Camera app can be downloaded from the Play Store, but it only works on Pixel series smartphones.

TAYLOR SWIFT CELEBRATES ITS 30 YEARS WITH A SMALL PHOTO

This is how BTS celebrates their top 1 in Dynamite Hot...

Coronavirus: Ellen DeGeneres reveals her tutorial to make a mask at...

Apple says Stadia and xCloud violate its terms of use