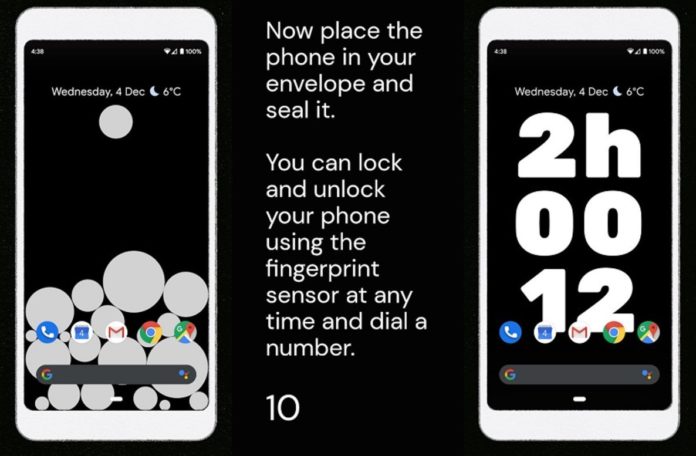 Google will present interesting and effective ways to restrict users’ time spent on their smartphones, along with new applications that are already in the testing phase. Apps called Activity Bubbles, Envelope and Screen Stopwatch can be good alternatives to end smartphone addiction.

Google continues to offer utilities to help users reduce their time on smartphones. The company’s strategy this time is quite simple and effective.

The company aims to limit the time they spend on their smart phones by providing users with a ‘guilt feeling’; Activity Bubbles tests apps called Envelope and Screen Stopwatch.

Other apps offered by Google create visual reminders to limit the time you spend with your smartphone. The Activity Bubbles app to the left of the image above creates a bubble every time you unlock your phone’s lock screen, and each time these bubbles get even bigger. The Screen Stopwatch app on the right side of the picture shows the time you use your smartphone and thus acts as a reminder for your time restriction.

Of course, you need to be disciplined and patient to get efficiency from these applications offered by Google. Smartphone addiction will not end because applications are downloaded. You may want to ignore the Activity Bubbles and Screen Stopwatch apps and see what food your friends are sharing in their Instagram stories, but it has to be said that this is not compatible with the working logic of the apps. For users who are ready to make an effort to limit the time they spend on their smartphones, Google’s new applications can be said to be cut out.

Loot on Twitch Prime: see service benefits and if it’s worth...

Free Fire, the most downloaded mobile game in 2020