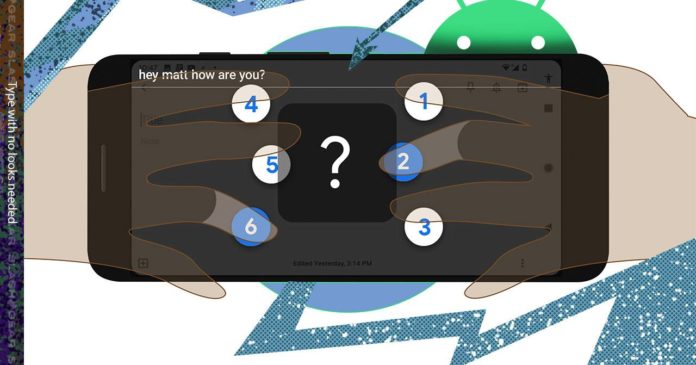 Braille alphabet, which was developed 150 years ago, has been providing access to reading and writing for visually impaired people ever since. Keyboards with this alphabet can also be used on smartphones.

Braille keyboards, which are suitable for many smartphone models, have always been physical until today. This required people to connect their smartphones to the apparatus when they needed writing.

Virtual Braille alphabet:
The TalkBack Braille keyboard is a virtual keyboard designed to be compatible directly with Android. This keyboard will allow you to type quickly and easily, regardless of your typing intent. The Google team that developed the program acted with the Braille developers. Thus, the keyboard will be very familiar to people who used keyboards developed for the visually impaired.

The keyboard can be used anywhere:
Google officials say this keyboard can be used anywhere. Users will also have the opportunity to add lines, delete letters or words, and add text using this keyboard. The TalkBack Braille keyboard will be available on all devices using Android 5.0 and above, starting today. The keyboard, which can work compatible with all Android applications, will support Braille grade 1 and Braille grade 2 and will be published in English at the first stage. TalkBack will need to be opened in Settings to access the keyboard from any environment.

In recent years, efforts have been made to make technology easier for people with disabilities. Solutions developed for the visually impaired also have an important place in these studies. What do you think about Google’s keyboard?