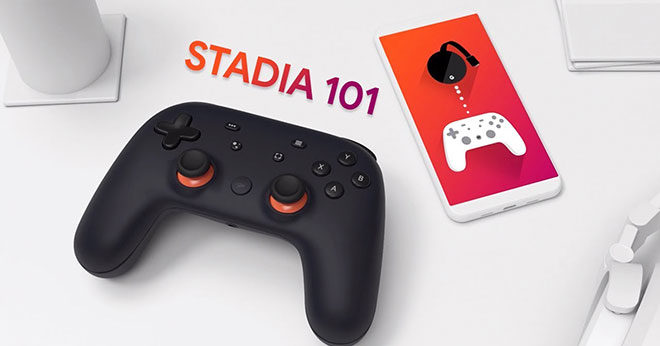 Google has added a new announcement to the game and features it will bring to Stadia. The company, which previously announced that it will make tens of games available in service this year, gave Stadia the next good news of 5 more games.

Cloud-powered gaming services seem to be getting more and more popular this year. Demand for services like GeForce Now and Stadia is growing rapidly. The confirmation that Stadia will bring 4K support and the increase of games supported by these services make them new competitors of console companies. The current explanations that the Xbox president stated that he sees the cloud-supported gaming services as the rival of the Xbox, not the PlayStation, heralds that these services will be stronger in the game industry.

Google announced that it would add more than 100 games to the system in 2020 to give it the right to compete. The company added 5 new games to these games, which will be available in Stadia in the coming months. 3 of these games will be released to Stadia privately first.

Service has already come a long way
Google is heavily focused on the next generation game service Stadia. The company recently launched some of its previously promised games. Borderlands 3 and Dragon Ball Xenoverse 2 were some of these games. Ghost Recon Breakpoint is one of the popular games known to be on the road. This game is called Stadia’s Stream Connect; It will be the first game to feature teammates.

What will be the new games to be added?
Google will add 5 more games to the Stadia service. The games Lost Words: Beyond the Page, Stacks on Stacks (on Stacks) and Spitlings will be among these 5 games and will be released for Stadia before all other consoles. The remaining two games will be Serious Sam Collection and Panzer Dragoon: Remake.

Taking into account the 120 games announced to be released, a total of 10 games will be released for Stadia first, as far as we know now. All the games and features that the service will offer in the future, with a new development every day, will make it a greater danger for consoles.