Home Tech Goodbye to Internet Explorer and Edge in Windows 10 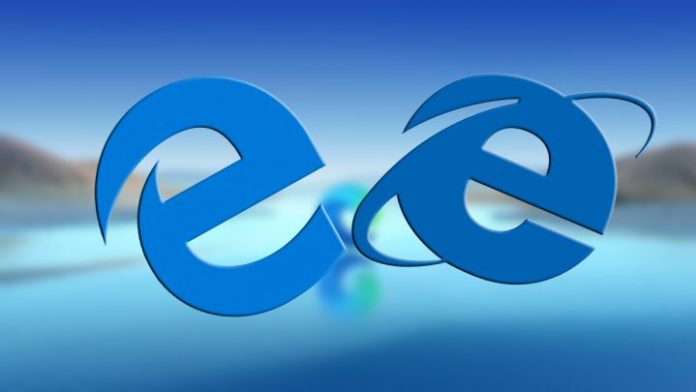 Microsoft has had many problems in recent years with its Internet browsers. If we mention Internet Explorer, you may remember it as your first software to enter the Internet, you may even have used it recently. But it is a fact that it is as far behind as the old version of Edge, which had the same speed and security problem. Those of Redmond have thought that they cannot have three clones for the same thing and that is why Internet Explorer and Edge will disappear in the fall of this year.

Many fondly remember those first visits to the Internet from an application with an ‘E’ divided by an ellipse. Sometimes back then there were few options: either you had Explorer, Safari for Mac or Firefox as a standalone. Those who stayed with Explorer were waiting for something better over the years, especially with the arrival of Google with Chrome, which hit the table with its great speed.

With the arrival of Windows 10 Edge, it promised to improve what its ancestor brought, but it inherited its heaviness when loading. It has not been until last year when we have had a version of Edge much better than what we have seen so far and that is why Microsoft will delete the old Edge and Internet Explorer from your computer if you have not done so already.

Just an Edge from Fall

With three applications for the same, those from Redmond want to remove the old at a stroke. This means that the old version of Edge and Internet Explorer will be obsolete from version 21H2 of Windows 10. It will be then when the operating system receives another big update, so much so that it will focus on the news of this and will leave the old ones without support browsers.

This is a major problem for all users, if any, of these programs. And it is that when a software is left without support, not only the performance improvements end, but also the security ones. Therefore, all those who use any of the above programs after autumn will be exposed to cyberattacks. This is not to mention that the compatibility with Microsoft’s own cloud services will be canceled if you use Internet Explorer or the old Edge.

WandaVision 1×3: Wanda is supervised by SWORD