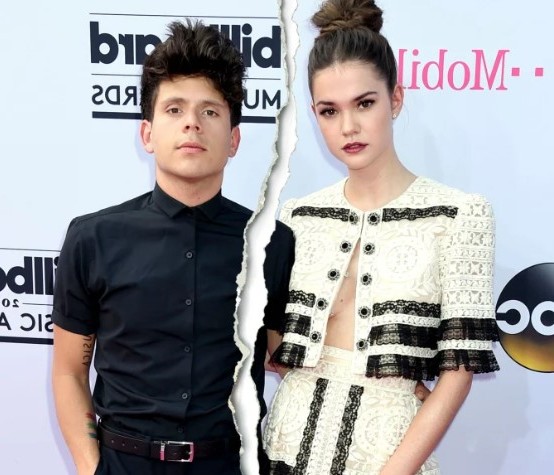 “It happened a few months ago,” a source tells Us about the breakup. Although neither of them has publicly spoken about the end of their relationship, some eagle-eyed fans began to speculate that the couple broke up last month when the 28-year-old Australian native deleted all photos of the 30-year-old YouTube creator from her Instagram page. Mancuso also erased all traces of his ex-girlfriend from his social media accounts.

The news of the couple’s split came just three weeks after Mitchell announced she was leaving Good Trouble after four seasons. In her last episode as Callie Foster, whom she also played for five seasons on the TV series The Fosters, Mitchell’s character left Los Angeles for Washington, D.C., after getting her dream job working at the ACLU.

In a statement to fans of the show on March 16, the Teen Beach Movie star explained that she wants to return to her native Australia to spend more time with her family.

“Although I am incredibly lucky to have this career and a job that I love, without regretting one iota, for some time I have been suppressing the gravitational pull to return home to Australia to be closer to my closest and dearest,” she wrote on Instagram.

Thanking the cast, crew and fans of the Freeform show, Mitchell continued: “I’m so excited that I now have the title of the newest big fan of Good Trouble. I can’t wait to see what the team has in store for what I know will be another incredible season. Better believe that I will watch and shout from the side every week!!!”

The Fosters graduate echoed those feelings in an interview with TVLine later that month, explaining that being away from her family during the COVID-19 pandemic made her reassess where she would like to live. “I moved to America when I was very young. It was very hard for me, to be honest, to be away from my family,” Mitchell explained. “I spent all my twenties, mostly in another country, [what] I wouldn’t necessarily have done it if it wasn’t for my job. I found so much solace and family in the cast and crew of the Fosters, and then in Good Trouble.”

During the pandemic, it “just became too much” for her, and she made a “completely personal decision” to leave the show and return to her homeland. “When you go through something like that, it just clears things up and I just knew it was time and I had to just prioritize my family and my mental health,” Mitchell explained. — Although it was hard.

In June 2019, the “Last Summer” star told InStyle about moving to the United States when she was 18 to pursue a career as an actress. “I also had a four—year relationship while I was here,” Mitchell said, referring to Mancuso.

She continued, “And my career is going great, and that’s my top priority. So I’ll stay here. It was a really interesting time when I just changed my plans where I am and was kind to myself about it.”

After the breakup, Mancuso was spotted at the Ziggy Hotel opening party on the Sunset Strip on Tuesday, April 5, where he enjoyed cocktails and hung out with friends.

Justin Bieber has changed a lot: he reveals an adorable photo...

Chronology of the relationship of Blake Horstmann from Bachelor Nation and...