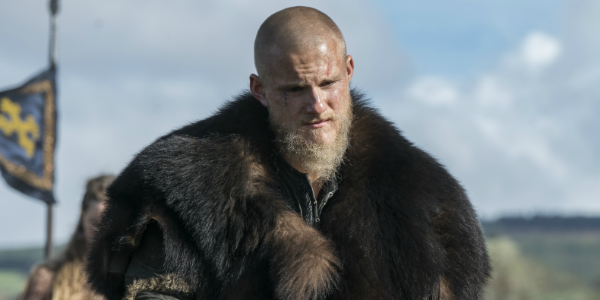 After the end of Vikings, actor Alexander Ludwig is now focusing on the beginning of a new chapter in his personal life. After revealing great news.

The actor got engaged to his girlfriend Lauren Dear last year, and it has now been revealed that the two were finally married, after sneaking out.

Ludwig confirmed the news of his marriage to Lauren Dear on Instagram. In his caption, he explained that last year’s craziness is what helped influence the decision. As he said,

“Life is too short”.

“We decided to elope. It’s been a very crazy year, but it certainly put things in perspective. Life is too short and I didn’t want to go another day without calling this beautiful woman my wife. ”

The couple naturally would have liked their loved ones to be involved in the big moment. But, it seems that the two of them are planning an additional ceremony. Check out the photo here.

Ever since he announced his engagement to Lauren, it seems that Ludwig wasn’t waiting another second to get official with his girlfriend. It is certainly a good way to start the new year.

Things are looking up for Alexander Ludwig, both personally and professionally. With his work on Vikings now finished, he is set to star in Starz, Heels. A drama about the world of wrestling.

Without a doubt, the popular Vikings series has opened the door to a large number of actors in the series, managing to participate in other popular programs after their departure from the series.