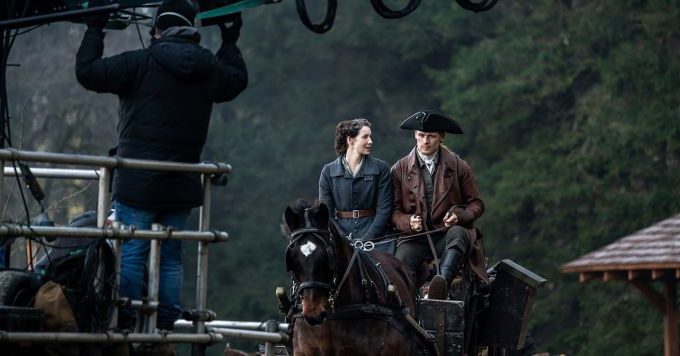 Starz’s popular series Outlander has finally started production on its season 6 after a long wait and the problems of the COVID-19 pandemic. So the announcement is made with a video showing all the planning that was being done to start.

On Tuesday, February 9, actor Sam Heughan revealed via social media that the cast of Starz’s time travel drama has returned to work on season 6 of the series.

The actor shared a photo of himself and his co-star Caitriona Balfe riding in a horse-drawn carriage, both on Instagram and on Twitter.

“Feel very lucky to be working right now, production ensures that everyone is safe and secure. Now we just have to deal with the snow.”

While the official Instagram account of the series, published a video that shows all the preparation that the production team was doing for season 6 of Outlander. Check out the video below.

When the show returns, Claire (Caitriona Balfe) will likely continue to deal with the aftermath of her abduction and rape at the hands of Lionel Brown (Ned Dennehy), which took place towards the end of last season.

But, everyone wonders what is about to happen to all the inhabitants and their participation in the imminent Revolutionary War that is getting closer every day and will be shown in the new season of Outlander.