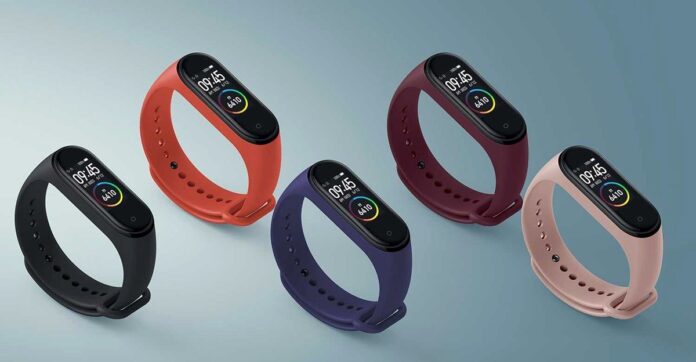 The date is not clear for Mi Band 5, where details about its design appeared at the beginning of May. May 14 was marked for the smart bracelet that came to the agenda with constant leakage dates. Even though there is no official announcement or introduction yet, Xiaomi Mi Band 5 was viewed live!

Xiaomi Mi Band 5 viewed live live!
New leaks are emerging about the new model of the Mi Band smart watch, which is of great interest to users. It was claimed that Mi Band 5 will have a larger screen compared to older models. The new screen, which is expected to be 1.2 inches, was among the rumors that there will be improvements on the hardware side.

The photos revealed by the leak today showed that this claim was true to some extent. As can be seen from the photo, the Mi Band 5 screen seems to have grown slightly, as in the claims.

The more striking detail for the Xiaomi Mi Band 5 was the charging cable, rather than the larger the screen size. Unlike old models, this device will be used directly by plugging it in. This amendment, which will delight users who complain about the shortness of the charging cable, has also surprised many Mi Band users.

Apart from the Mi Band 5 features, the price of the device is also quite curious. The brand, which is very popular in the affordable smartwatch category, has not yet made its official promotion. However, according to the source of the leak, the price of Mi Band 5 is expected to be around $ 28.