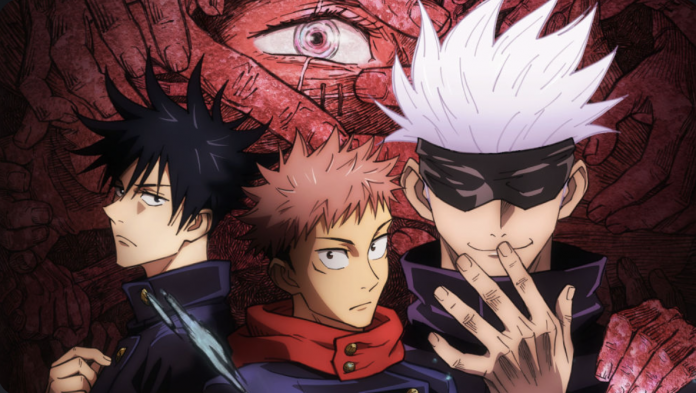 This week Funimation added to its catalog the anime of Jujutsu Kaisen, one of the best productions by MAPPA

The Jujutsu Kaisen anime is one of the most popular anime that premiered last year and continued throughout. As far as the West is concerned, it was streamed through Crunchyroll. Until now it had not reached other video-on-demand services.

But that changed this week: Funimation announced that this anime, which is a work of the MAPPA studio, can now be seen through its catalog. Since October 4, it has reached its platform.

Jujutsu Kaisen is one of the best anime of recent times

The anime can be enjoyed from the United States, Canada, United Kingdom, Ireland, Australia, and New Zealand. Likewise, in Latin American countries where it has a presence.

As regards Europe, in this case Wakanim, a company that depends on Funimation, takes over. The series can be seen in its original language with subtitles, but it will also be dubbed in others. It is the first time that it is accessible to its members.

In total, there are 24 episodes of Jujutsu Kaisen, as they were broadcast over six months. It is an adaptation of the original manga by Gege Akutami, which is published in Shueisha’s Weekly Shonen Jump magazine.

So far the series has more than 55 million copies in circulation, both in physical and digital format, in Japan. As far as Latin America is concerned, Editorial Panini is the one in charge of its publication.

The series is available in original language, but includes dubbing

Asa Suehira, Content Director for Funimation Global Group, had some comments about this premiere. “We know that Funimation fans will be excited to explore the world [of] JUJUTSU KAISEN,” he began.

Later, he affirmed that “the narrative, the animation and the characters of the series form a masterful narrative tapestry.” It is one of the best anime that has come out of the hands of the MAPPA studio in its history.

Although a second season of the anime has not yet been confirmed, an animated film will be released in theaters in the country of the Rising Sun on December 24. This is Jujutsu Kaisen 0, which would become a prequel to the series.

It is possible that this movie, after a while, will also reach Funimation, as well as Crunchyroll. But this still needs to be confirmed. We will have to wait and keep an eye on any announcement.

Why Avatar 2 Gives Jake & the Neytiri Kids, according to...