Home Crypto Good News from This NFT Project: Meeting with the Investment Giant! 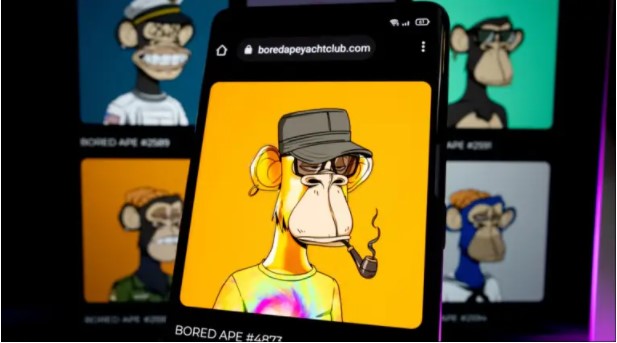 The latest development of interest to NFT investors is Yuga Labs, the startup behind the popular Bored Ape Yacht Club collection, meeting with Andreessen Horowitz for a $5 billion funding round. The deal will be the first institutional investment of the team behind the collection.

NFT project in talks with a16z for $5 billion financing

According to the Financial Times, the startup behind the popular Bored Ape Yacht Club collection is in talks with Andreessen Horowitz (a16z) for a funding round worth up to $5 billion. The Bored Ape Yacht Club is a collection of 10,000 digital images of cartoon monkeys with various features such as hats or glasses, and its investors include famous names such as rapper Eminem, NBA star Steph Curry and television host Jimmy Fallon.

According to sources, Yuga Labs is currently discussing selling a multimillion-dollar stake to venture capital giant a16z, among other firms. Any deal will mark the first institutional investment in Yuga Labs and elevate its role as a key player in the growing NFT collection market.

The NFT market is dominated by a few key players who publish the most sought after collections. Bored Ape Yacht Club NFTs totaled $182.4 million with 2,083 sales in the previous seven days. With a brutal start to 2022 for the cryptocurrency market, NFTs continue to explode regardless. Last week alone, NFT sales reached $926 million, according to data from NonFungible.com. Last year, total NFT sales volume increased to $14 billion.

In the developments dated January 30, which we have cited as Somanews, Canadian megastar Justin Bieber’s purchase from the Bored Ape Yacht Club (BAYC) collection brought the base price of the purchased piece over 100 ETH. Although the transaction was not officially announced by Bieber, it was enough to raise the base price of the piece. Bored Ape Yacht Club, one of the founders of which is Turkish, consists of 10,000 unique cartoon primate images created on the Ethereum network. Yuga Labs, the company behind the most popular NFT collection, is said to be seeking a $5 billion valuation that would make the digital artifact one of the biggest Web3 brands.

Analyst Ambitious: This Altcoin Will Do Better Than SHIB!