Home Crypto Good News from SAND and These 4 Metaverse Coins: Adding to Cart! 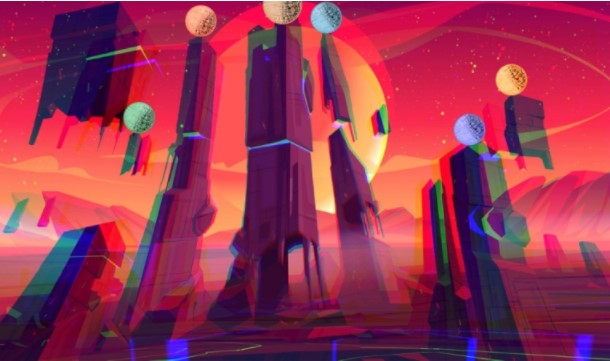 Cyprus-based FinTech platform YouHodler, designed to simplify multi-token wallet and crypto transactions, announced that it has added 5 new metaverse coin projects to its basket, including MANA and SAND.

FinTech platform YouHodler has announced that it will add five new metaverse coin projects to its basket for credit and trade transactions. According to the official announcement of the platform, the following cryptocurrencies are now ready for transactions.

YouHodler CEO Ilya Volkov made statements about the future of Web 3 and the metaverse market:

Web3 and the metaverse represent the next iteration of the internet. At YouHodler, we want to help our customers use their crypto positively, rather than just buy and hold it. That’s why we’re considering offering our clients new tokens like these that provide access to the potential of the metaverse, along with our innovative cryptocurrency tools.

Decentraland (MANA) describes itself as an Ethereum-powered virtual reality platform that allows users to create, experience, and monetize content and apps. The MANA price reached its ATH of $5.90 in November 2021.

The Sandbox (SAND) is a blockchain-based virtual world that allows users to create, build, buy and sell digital assets in the form of a game. The Metaverse project joins forces with DAOs and NFTs to create a decentralized platform for a thriving gaming community. It is trading at $2.93 at the time of writing.

Axie Infinity (AXS) is a blockchain-based trading and war game partially owned and operated by its players. Inspired by popular games like Pokémon, Axie Infinity offers a metaverse where players can compete with token-based creatures known as Axies. AXS, the 44th largest cryptocurrency, is trading at $48.45.

Illuvium (ILV) is an Ethereum-based open world fantasy war game. The game is a combination of an open world exploration game and a PVP war game. ILV price moves the month of March to the $500 band.

Gala Games is a Blockchain platform that allows players to build games instead of just playing. It is trading around 75% below its ATH of $0.8367.