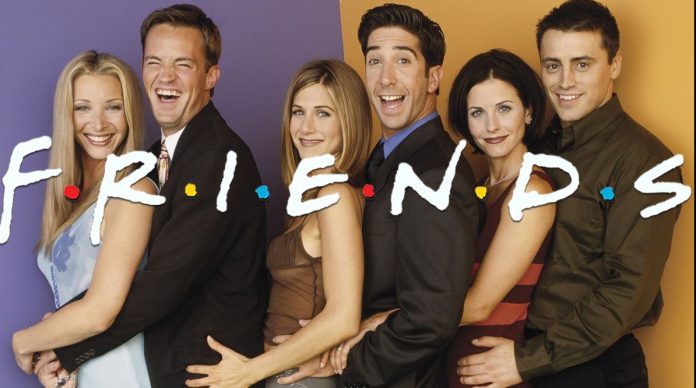 Friends, one of the most popular sit-com series of all time, will soon come to the HBO Max platform with its special episode. The series, whose shooting has been delayed for a long time, will finally be on the set very soon. The date the team will meet was revealed in the comments of the leading role of the series, David Schwimmer.

Popular digital content application HBO Max started broadcasting as of February 2020. One of the platform’s first major content was announced as a special episode of the legendary Friends series. The one-off long episode was scheduled to premiere in May. However, due to the COVID-19 outbreak, the team’s meeting was delayed indefinitely. The release date of the production, which has not started shooting yet, has finally been announced.

The shooting of the Friends special episode begins next week

The Friends series, which came to NBC screens with its first episode in 1994, survived for 10 seasons. While the production that said goodbye to the screens in 2004 left behind a corpus of 236 episodes; It started to take place among the cult series. JenniferAniston, Courteney Cox, Lisa Kudrow, Matthew Perry, Matt LeBlanc and David Schwimmer made a still ageless comedy. After 17 years, the team has rolled up their sleeves to come together again.

Finally, the expected news came for the HBO Max project, whose fate has been uncertain for a long time. It turned out that the one-episode special production prepared at Warner Bros studios will be pulled next week. David Schwimmer, who gave life to the character of Ross Geller in the series, shared this gospel with his fans in the virtual interview he gave to The Graham Norton Show.

Saying that he does not have a script for the Friends special episode, Schwimmer stated that they will not be in the character and will make an improvised show. Also, the famous actor said that they did not get together with their old cast friends after the drama ended. He shared that the big meeting that will take place next week will be very special in every sense.

The information shared by David Schwimmer has not yet been confirmed by HBO Max. In addition, the release date of the special episode is still uncertain. Even if the episode is filmed next week, we can wait months to watch it.

It will be useful to remind the impatient Friends fans that the digital broadcasting giant Netflix has added all episodes to the legendary series since April 1. It is now possible to watch the famous sit-com in our country on BluTV and Netflix.

Simulate how it will look in The Last of Us Part 2: PS5

Where is the toxic tank in Angry Stacks in Fortnite?