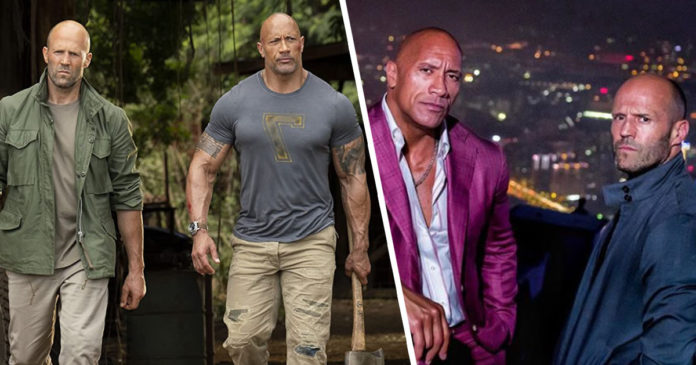 The Fast and the Furious spin-off, Hobbs & Shaw, where we watch two giant titles like Dwayne Johnson and Jason Statham, are getting ready to continue the adventure. Giving the good news that fans have been waiting for, The Rock said that Hobbs & Shaw 2 is being developed.

Meeting the audience last summer, Hobbs & Shaw made $ 759 million worldwide, with a budget of about $ 200 million. The fact that the film met the expectations exceeded the discussions of “Will the sequel come?”. As a matter of fact, it did not seem possible for the film, which obtained such box office proceeds, to continue.

The movie star Dwayne Johnson, who organized a question and answer event from her personal Instagram account yesterday, said that Hobbs & Shaw 2 is being officially developed and is excited about it. Stating that the draft was prepared, the successful actor said, “We must also find the advertising planning and the direction we are going to go now.”

Hobbs & Shaw, the first spin-off of the Fast & Furious franchise, which is set to come out with his ninth movie next year, laid the ground for additional stories that could include Luke Hobbs and Deckard Shaw characters, played by Johnson and Statham, respectively. The Fast and the Furious series, on the other hand, will cross the finish line after just two movies and set a point in a period.

As you know, Fast and Furious 9 would normally meet the audience this year, but the COVID-19 epidemic, which influenced the whole world, pushed the film’s vision history one year ahead. It is not clear when the 10th and last movie will be released. In short, Universal Studios plans to continue the story with various spin-off sequences like Hobbs & Shaw, even if the main series is going to end. We do not have a vision date for Hobbs & Shaw 2 yet, but we anticipate that the film will meet the audience in 2022 at the earliest.

Will Gwyneth Paltrow be at Chris Martin’s wedding?