Home Entertainment Good Girls 4×16: All About The End of The Series (Spoilers)

Good Girls: Last Thursday (22), NBC aired the last two episodes of Good Girls. The series is yet to release its 4th and final season on Netflix starting August 31st. After great tensions and uncertainties, fans were able to see a very interesting outcome, which showed the fate of the main characters.

So find out all about the series finale with our recap!

Despite the regrets, some doubts still remained with the protagonists of the series even after the end. However, the episodes focused on a central goal so that everything was then directed where it should be.

In that sense, Annie (Mae Whitman), Ruby (Retta) and Beth (Christina Hendricks) were determined to defeat Nick (Ignacio Serricchio). Beth was the one who most wanted everything to work out.

By having good results in the candidacy for the municipal council, a victory could help her in the face of other agents. With her speculations, Beth assures her that she knows what could hinder her opponent, given that he would be involved in corruption schemes, including money laundering, bribery and extortion.

Even without a warrant, they all get involved in getting evidence on Nick and use their own means to get what they want. From there, they try to get into his office, but without much success. However, Annie manages to seduce Scott, the councilor’s assistant, and Beth scans the access card.

With various data in hand, such as bank records, numbers and other details, she tries to reunite with Ruby, but not before running into Vance (Breckin Meyer), who blackmails her. Alongside this, Nick realizes that something was wrong.

Rio (Manny Montana), however, meets Beth, telling her that, despite being hurt, he would do whatever she asked. Then there’s a big twist, with Beth winning the election and being bombarded with questions from the press about Nick, given that everyone wanted to know about her knowledge of the politician’s schemes.

Despite this, Beth defends him and says she will do everything to maintain the community’s trust. Meanwhile, Nick’s phone is also full of calls. For the first time in a long time, the character appears quite shaken. By all appearances, he is severely suspicious of Rio.

Despite this small achievement, Beth has a very turbulent dream, which leaves her intrigued about her future. Even with that, she tries to understand the details of her life and routine with her allies, giving up on moving to Nevada.

Nick, who was arrested, is visited by Rio. Although he was intimidated, it seems that he is up to something. In the final minutes, viewers then watch Annie being handcuffed and sent to prison, Ruby being more sympathetic to Stan (Reno Wilson) and Beth finally admitting that she likes Rio.

What did you think of the Season 4 finale of Good Girls? 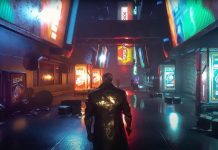 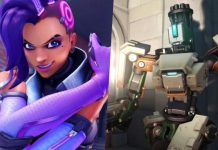 Far Cry 6: Season Pass Announced Where We Can Play Villains...