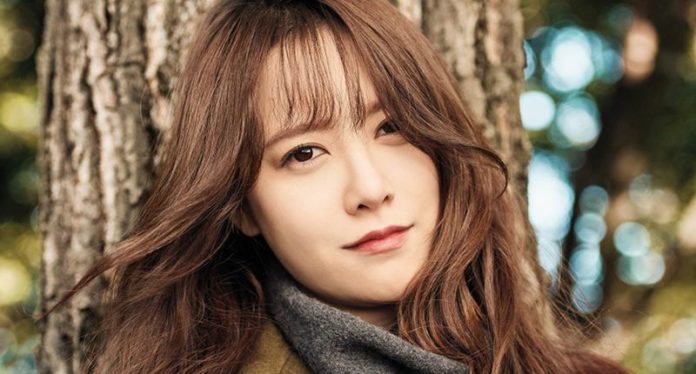 The actress was questioned about her separation and other issues that have plagued her this past year.

Since the actress Goo Hye Sun and actor Ahn Jae Hyun announced their divorce , the bickering between the two sides have not ceased, one of the breakups most outrageous of the entertainment of South Korea.

Apart from acting, one of Hye Sung’s great passions is art and she has dedicated herself to developing her talent in this area . The star has fulfilled one of her dreams by showing for the second time one of her artistic exhibitions called ‘ Sail-Again and Again’, she invited some media to talk a little about her project .

Due to her sound separation, one of the first things that reporters asked her was if she was nervous when questioned on the subject , Goo Hye Sun commented that thanks to having spent a good time outside Korea studying and with the support of Her parents did not feel pressured to receive questions from the media.

“Instead of thinking about it too much I just focused on the pain and myself,” said the actress about her feelings at her divorce , stressing that she is trying to process all the damage and making sure to forget to think more about the future.

Goo Hye Sun was very sincere when she says that she regrets having exposed her privacy through social networks and involving the public in the painful moment she was going through, but that she needed to talk about how difficult her situation was .

Many fans hope to see her again in a k-drama soon as she is an emblematic figure of Korean love stories and she commented that she still needed a little time to be able to return to television screens, but that she has high hopes for working hard in the future can continue with her artistic career .

Sophie Turner Pregnant: The Date Of Her Birth Revealed