Home Entertainment Goo Hye Sun and 4 other Korean stars banned from promoting in... 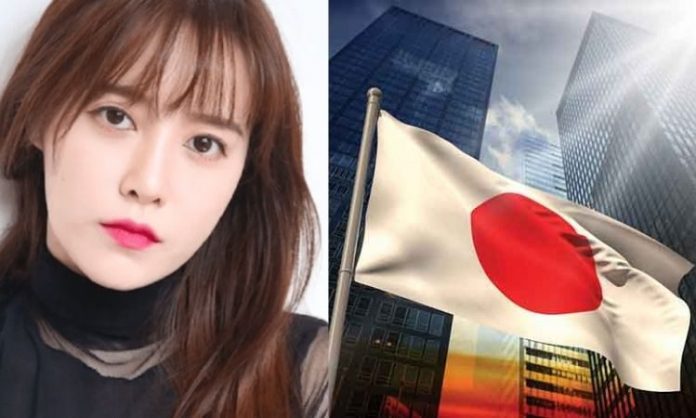 These 5 Korean stars are banned from doing promotions in Japan. There are people who are full of love for Korea and do not hesitate to comment on the story.

Gradually, the stage for celebrities to celebrate is spreading to foreign markets, but for “patriotic” stars , the negative look that Japan sees is not so important.

For this reason, they were condemned for being banned from entering Japan, revealing their beliefs without paying attention to others.

We brought together five “patriotic” stars who talked about the history of South Korea, but who can only set foot in Japanese airports outside of Japan’s eyes.

When thinking of a star who has been banned from entering Japan, the first actor that comes to mind is Song Il Guk.

Song Il-guk participated in the Dokdo swimming crossing in 2012. At that time, the actor managed to complete the straight line of 220 km between Jukbyon and Dokdo in Uljin-gun, Gyeongsangbuk-do, with a relay for 40 people.

Later, however, a Japanese satellite television station delayed the transmission of MBC “The Man Called God” , starring Song Il Guk. At that time, Tsuyoshi Yamaguchi, the foreign minister, called for the actor to be banned, saying: “I’m sorry, but it will be difficult to come to Japan in the future. I think it’s Japan’s national feeling. “

In response, Song Il Guk replied through his Twitter: “I have nothing to say, sorry, sorry, but I can’t go to Japan.”

On August 14, 2014, Lee Seungcheol entered Dokdo the day before ‘Liberation Day’, announced the unification song “On That Day” on the Dokdo website and performed an impromptu show.

At the time, the singer said in several media interviews: “I found Dokdo Island because I thought that the issue of Dokdo and women was one of the common interests of the two Koreas.”

However, Lee Seungcheol was also detained at an airport in Japan after making a statement related to Korean history and was denied entry to the country.

Beast, who is now active as Highlight, made a statement about the history of 2011 and I hate Japan.

At the time, Beast participated in a fashion show in Japan. However, the program suggested wearing a kimono without prior consent.

The Beast is said to have refused, saying, “Please consider the sentiment of Korea.” In particular, they showed a “patriotic” look , like shouting “Dokdo is our land” , even during Japanese broadcasts.

Since then, Japan has refused to let Highlight into the country.

Goo Hye Sun was also banned from entering Japan after making a statement. The actress also appeared in the 2012 Taiwanese drama “Absolute Darling”.

This Taiwanese drama was decided to air in Japan, but in July 2008, the broadcast of the drama was postponed after an interview with Goo Hye Sun revealed in the national media: “Dokdo is, of course, our land (South Korea). ” .

In particular, the actress was even banned from entering the country because of this.

No Brain was present at the Japanese Freezac Festival in 2001. At the time, Japan and South Korea were in an uproar because of the distortion textbooks of Japanese history.

But during the presentation, No Brain asked, “What do you think about the distortion of Japanese history” and said “fxxx Japanese imperialism” .

Along with that, No Brain did a performance in which he pulled the flag of the rising sun and tore it in half in a concert hall full of Japanese people. In addition, No Brain showed the appearance of a ‘patriot’ who even sang the national anthem among the Japanese who were very agitated.

Later, he learned that Japan did not invite No Brain to various presentations.

Forza Horizon 4 arrives on Steam: here is the price