Home Entertainment “Goo Goo Muck” by The Cramps Has Increased 50 Times in Five... 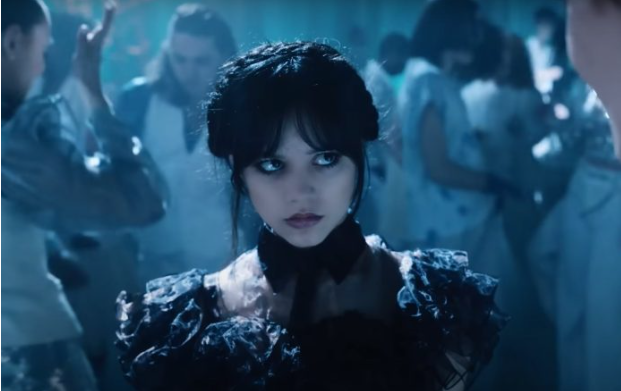 “Goo Goo Muck” by The Cramps experienced a 50-fold surge in streaming in the US after its use in the popular Netflix series on Wednesday.

The song was included on The Cramps’ 1981 second album, Psychedelic Jungle, but was released by its original artists, Ronnie Cook and The Gaylads, in 1962.

Now, about four decades later, the rockabilly song has once again attracted attention after it was included in the fourth episode of Wednesday called “Woe, What a Night.” In it, the soundtracks to “Goo Goo Muck” sound in a dance sequence staged by Wednesday Addams at Nevermore Academy.

Prior to its premiere on Wednesday, November 23, The Cramps song was streamed 2,500 times daily on demand in the US (according to Billboard). Within five days of its inclusion in the series, this figure had grown by more than 5,000%, reaching 134,000 daily auditions in the US by November 28. Currently, Goo Goo Muck has collected about 10 million listens on Spotify.

Despite its resurgence, Netflix originally licensed “Goo Goo Muck” for use on Wednesday for what Jim Shaw, who owns the publishing rights to the track, called “the average TV usage fee.” Shaw, who acquired the rights in 2001 before Netflix producers approached him last year, told Billboard that the song’s revival was “a really amazing, funny little gold mine.”

The renewed focus on “Goo Goo Muck” partly reflects the focus on Kate Bush’s 1985 song “Running Up That Hill,” whose popularity also skyrocketed after its inclusion on “Stranger Things 4” earlier this year.

The sci-fi series, also produced by Netflix, was responsible for the song reaching and staying at the top of the UK singles charts for three weeks in June and reportedly brought Bush about $2.3 million in streaming revenue.

Last week, “Wednesday” surpassed “Stranger Things 4” as the Netflix title with the most views in a week among English-language series. In a four-star review of the series, directed by Tim Burton, NME described Wednesday as “a rare spin-off success story” and “an absolute treat.”

The Cramps first formed in 1976 and remained active, releasing eight studio albums until 2006. The band eventually disbanded after the death of lead singer Lux Interior in 2009. Their version of “Goo Goo Muck” was also included on the soundtrack to the 1986 film Texas. Chainsaw Massacre 2.

Gilmore Girls: 10 quotes proving that Emily was the smartest

Genshin Impact confirms the banner of weapons of the second phase...