Home Crypto Goldman Sachs CEO Emphasizes Blockchain: “Bitcoin Is Not The Key To The... 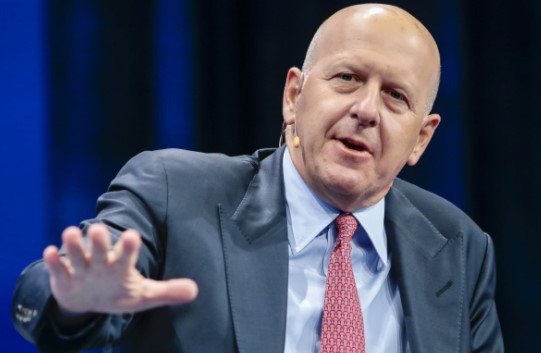 David Solomon believes that Bitcoin’s blockchain and the application of new tools are not as important as the advances in technology that it can bring to the traditional financial world.

Statements from the CEO of Goldman Sach

David Solomon believes that Bitcoin’s blockchain and the application of new tools are not as important as the advances in technology that it can bring to the traditional financial world. In addition, the experienced name stated that he does not personally invest in Bitcoin or Ethereum.

David Solomon, CEO of Goldman Sachs, one of the largest banks in the world, believes that the technology behind Bitcoin is more important. Speaking to CNBC, Solomon shared his views on crypto:

I’m not really sure about my thoughts on Bitcoin but it’s important to me personally.

In addition, Solomon emphasized the implications for the future of the finance world while finding the true value of Bitcoin in the technology that powers it, the blockchain. The experienced manager stated that he has great faith in the innovations caused by these technologies and that they aim to be a part of this revolution through the services application of Goldman Sachs.

The Key Is Not Bitcoin

The successful executive stated that Bitcoin is apparently not necessary for the banking industry and this is due to the impact of new technologies brought by Bitcoin and other cryptocurrencies, which marked the turning point for the modernization of existing banking platforms. Solomon stated that the key is not Bitcoin:

I think Bitcoin is not really the key to the revolution. The key is how undeveloped blockchain and other technologies will affect the pace of digitization along with the way financial services are delivered.

However, Solomon stated that it is strategically important for Goldman Sachs to offer Bitcoin services. Last year, Bitcoin was validated as an asset by several major banking institutions, including JPMorgan.