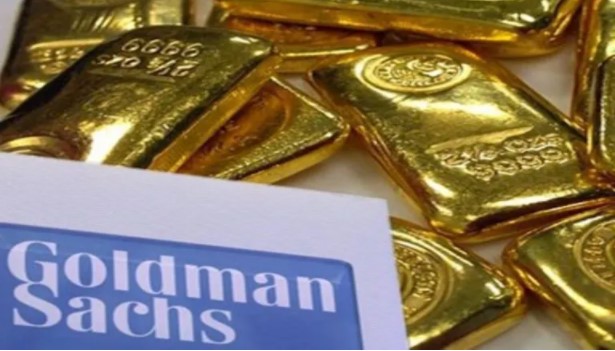 Goldman Sachs expects a rise in commodity prices, of which Russia is the leading producer. The bank also shared its gold target while raising its short-term Brent crude oil forecast as the West increased political and economic sanctions against Moscow due to its invasion of Ukraine.

“We expect commodity prices, of which Russia is the key producer, to increase”

“The short-term price range for commodities has become extreme, given further military escalation, energy sanctions or a potential ceasefire,” Goldman Sachs said in a note to customers on Sunday. Russia’s political and economic isolation deepened Monday as its forces faced stiff resistance in the Ukrainian capital and other cities in the biggest attack on a European state since WWII.

In addition, Goldman said, “We expect commodity prices to increase, of which Russia is a key producer. This includes oil, European gas (and thus aluminum), palladium, nickel, wheat and corn,” he said. The bank raised its one-month Brent crude oil price forecast from $95 to $115 a barrel previously, noting that there are “significant upside risks of further escalation or longer cuts.”

Goldman: We reinforce our belief in gold with $2,150

The developments reinforce our belief in higher gold in the coming months and our $2,150 price target.

Spot gold prices traded above $1,900 on Monday and are poised for their best month since May. The Bank also touched upon the sanctions imposed on Russia and made the following assessment:

Gold’s unique role as a currency of last resort will likely emerge if restrictions on the Bank of Russia’s access to offshore reserves leave it to tap into large domestic gold stocks, most likely to maintain its foreign trade with China.