Home Tech GoldenEye and the art of adapting James Bond 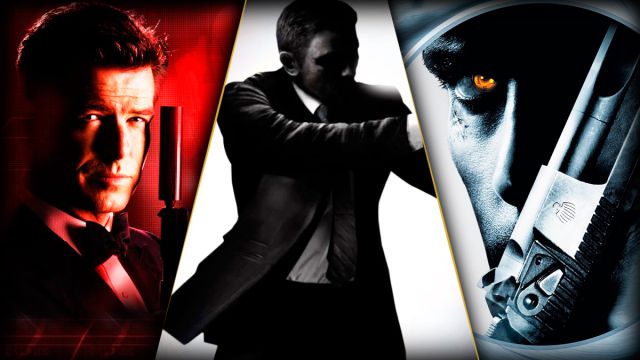 The most famous spy will return to video games at the hands of IO Interactive, so we take this opportunity to remember how his most popular conversion was conceived.

At the end of last year it became official: Danish studio IO Interactive, responsible for the recently released Hitman 3, will be in charge of bringing James Bond back to video games. After the launch of the ill-fated 007 Legends in 2012, the saga has lain dormant for almost a decade, a period that will last before the new project sees the light of day. It is by far the biggest hiatus since it received its first adaptations in the eighties, one caused by the inability to get the best of it and the loss of interest from a public who saw how a franchise that had once surprised with several high-quality titles fell into irrelevance imitating shooters that did the same, but better.

Of course, this is not exactly a new story, since at the beginning of the medium the popular British spy starred in graphic and text adventures, side-scrolling platforms or even medleys of minigames without leaving a mark in any of those genres. But that changed in the second half of the nineties, when the also British Rare reinvented the saga and the FPS with one of those works that can be described as “legendary” without falling into exaggerations. We are talking, of course, about GoldenEye, a Nintendo 64 classic that this week has returned to be the protagonist due to the leak of the canceled Xbox 360 remastering. On how this adaptation was conceived, why it became one of the most successful and also what still valid lessons he leaves for IO Interactive we will talk about today. For England.

License to have fun

First, a little history. In 1994, the last game (James Bond 007: The Duel for Mega Drive) had only been on the market for half a year, but the film saga was in its own hiatus after the ups and downs of dispatches were settled with several delays. In April, Timothy Dalton announced his departure from the franchise, making his second film (License to Kill, 1989) also his last. It didn’t take long for Pierce Brosnan to be announced as his replacement, and in November a pre-shoot event — dated early 1995 — was held with the rest of the cast. It did not lack people in the middle, but neither did a group of developers responsible for the game that was to dominate the imminent Christmas: Donkey Kong Country.

The collaboration between Rare and Nintendo was taking its first steps and those in Kyoto, aware of the potential of their new allies, thought of them to create a game based on the movie. As part of the entourage invited to the event were creatives such as Tim Stamper (co-founder of Rare and director of DKC) or Gregg Mayles (designer in the game of the gorilla and future director of Banjo-Kazooie), but they should not have been particularly impressed with the proposal because they considered rejecting it to focus on their own sagas. This reached the ears of Martin Hollis, one of the programmers of the first Killer Instinct, who plucked up his courage and asked Stamper to take over the project. To his surprise, he received the green light, and soon found himself forming a new team that should create the game from the script and visits to the set that allowed the acquisition of the license.