Golden Globe 2022: The broadcaster NBC announced, on Monday (10), that it will not broadcast the Golden Globe 2022 ceremony. The Hollywood Foreign Press Association (HFPA, in English), organizer of the event, has been accused of racism and corruption.

“We continue to believe that HFPA is committed to significant reform. However, a change of this magnitude takes time and work and we strongly believe that HFPA needs time to do it right. As such, NBC will not broadcast the 2022 Golden Globe. As long as the organization executes its plan, we hope to be in a position to broadcast the program in January 2023, ”the television station said in a statement.

This was yet another blow to the ceremony, as even the HFPA’s promise to make adjustments has not stopped the boycotts. At the end of the past week, Netflix said it was “disrupting all activities (with HFPA) until more significant changes are made”.

Soon after, Amazon, on behalf of Prime Video, also severed relations with the association. The giant said it has not been working with HFPA since all problems were revealed and that it is “awaiting a sincere and meaningful resolution”.

Warner Media and a group of 100 advertising companies took the same actions. As if that were not enough, individual boycotts also began to be made. According to the Deadline website, actor Tom Cruise simply returned the 3 Golden Globe statuettes he had won because of the controversies.

Actress Scarlett Johansson accused the prize organization of having “sexist behavior” and Mark Ruffalo said that he currently “does not feel proud and happy” to have won a Golden Globe.

The problems started for the Golden Globes after a report in the Los Angeles Times, published in February 2021, revealed that among 87 members of the organization, none of them are black.

In addition to the lack of diversity, the party was accused of corruption. Emily in Paris, which was not being considered as one of the main series of the last year, ended up surprising and being nominated in 2 categories, for example.

The same Los Angeles Times revealed, in another story, that Paramount (producer of the series, which was launched by Netflix) had taken at least 30 members of the Golden Globes for a luxurious trip in France, where the recordings of the show were taking place. The internal rules of the awards prohibit the acceptance of gifts like this.

Will the Golden Globe 2022 be canceled? Stay tuned for more news! 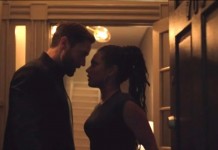 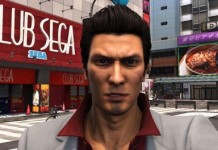 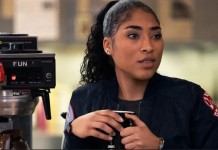