Home Crypto Gold Prices Will Be Priced With These Developments And Data Next Week! 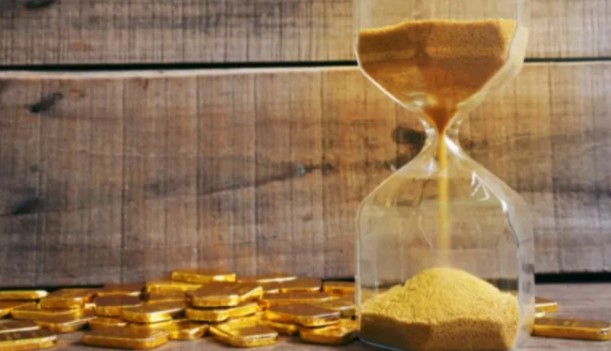 Despite rising US Treasury yields, gold managed to remain resilient and closed in positive territory for the second week in a row. According to market analyst Eren Sengezer, this week’s move indicates that the precious metal may regain its hedged status. In addition, the analyst states that the technical outlook for gold prices indicates that buyers will likely remain in the driver’s seat.

What happened in the markets last week?

The waning of fears over the Russia-Ukraine military conflict allowed risk flows to dominate financial markets earlier in the week. The dollar, which closed the previous week on a positive note after the impressive January jobs report, struggled to find demand and gold prices soared above $1,820 on Monday. The analyst makes the following assessment:

In the absence of top-level macroeconomic data releases, the upbeat market mood carried over to Tuesday and Wednesday, helping gold continue to rise ahead of highly anticipated inflation data from the US.

As we reported on Somanews, on Thursday, the U.S. Bureau of Economic Analysis reported that the Consumer Price Index (CPI) rose 7.5% year-on-year from 7% in December to its highest level since 1982. U.S. Treasury bond yields rose on these news, with the 10-year U.S. T-bond rate rising above 2% for the first time since July 2019. Gold prices fell from their multi-week high of $1,841.

Alongside the warm inflation data, the hawkish comments from St Louis Fed President James Bullard gave the dollar an additional boost. Bullard became the first FOMC member to voice his support for a 50 basis point hike in March, and also noted that he would like to see the Fed raise the policy rate by 100 basis points by July. On a separate note, Richmond Fed Chairman Thomas Barkin adopted a more cautious tone regarding the rate outlook. Thomas Barkin stated:

I have to be convinced that there is a huge need to raise 50 basis points right now. Shortly after we started raising interest rates, it was also time for a significant contraction in the balance sheet.

CME Group’s FedWatch Tool showed early Friday that markets are pricing in a 90% probability of a double-dose increase in March, up from 33% just a week ago. In the second half of the day, several news sources reported that Fed policy makers did not agree with James Bullard’s statements and the probability of a 50 basis point hike in March dropped to 65%.

What will be on the agenda next week?

On Wednesday, US Retail Sales data will be released. Markets expect Retail Sales to rise 1.7% month-on-month in January after a disappointing 1.9% drop in December. However, the market reaction is likely to remain muted with investors waiting for the Fed to release the minutes of its January policy meeting.

Market participants will look for new clues about the timing of the balance sheet cut in the Fed’s release. The analyst reminds that policy makers’ comments on the inflation outlook may also affect the valuation of the dollar, and interprets the impact of the developments as follows:

Should markets continue to price in an aggressive policy tightening, DXY could catch up with bullish momentum and make it harder for gold to continue its rally. Even as gold loses its traction, this week’s move showed that the yellow metal’s losses will remain limited.

Meanwhile, investors will be keeping a close eye on comments from Fed officials and await approval of a 50 basis point rate hike in March. Another rise in 10-year U.S. T-bond rates could keep gold bulls on the sidelines, according to the analyst. On the other hand, the analyst states that a correction in interest rates may open the door for more gains in gold.

Market analyst Eren Sengezer says the technical outlook for gold shows that the bullish trend remains unchanged after this week’s move. The analyst states that the 50-day SMA has crossed above the 200-day SMA, and the Relative Strength Index (RSI) on the daily chart is comfortably above 50. The analyst draws attention to the following technical levels:

Gold prices climbed to $1,840 before turning south on Thursday after a daily close above $1,830 at the start of the week. To target $1,850, gold needs to start using $1,830 as support and clear the intermediate resistance that appears to have formed at $1,840. On the downside, $1,820 is aligned as an initial support level. A daily close below this level could open the door for additional losses towards $1,810.

The FXStreet Forecast Survey shows that traders expect gold to continue rising in the short term, with the average target at $1,835 in the one-week outlook. The one-month outlook paints a mixed picture, with experts split evenly for the next direction forecast for gold, according to the survey.