According to the veteran analyst, Bitcoin is tracking gold movements with a belated correlation. Bitcoin can fall along with gold accordingly.

According to the analysis of TradingView user named Trader_Johnni; Bitcoin price moves in line with gold movements with a lag time. After drawing the symmetrical triangle pattern on the gold charts, it experienced a downward break. Similarly, a symmetrical triangle structure appears in Bitcoin. In light of the analyst’s theory, Bitcoin can also experience a downward break just like gold, and Bitcoin may fall along with gold.

The TradingView user made a comparison by publishing the charts of both assets to support their analysis. The analyst commented, “It is obvious that gold has led Bitcoin since the March 2020 crash caused by the coronavirus.” 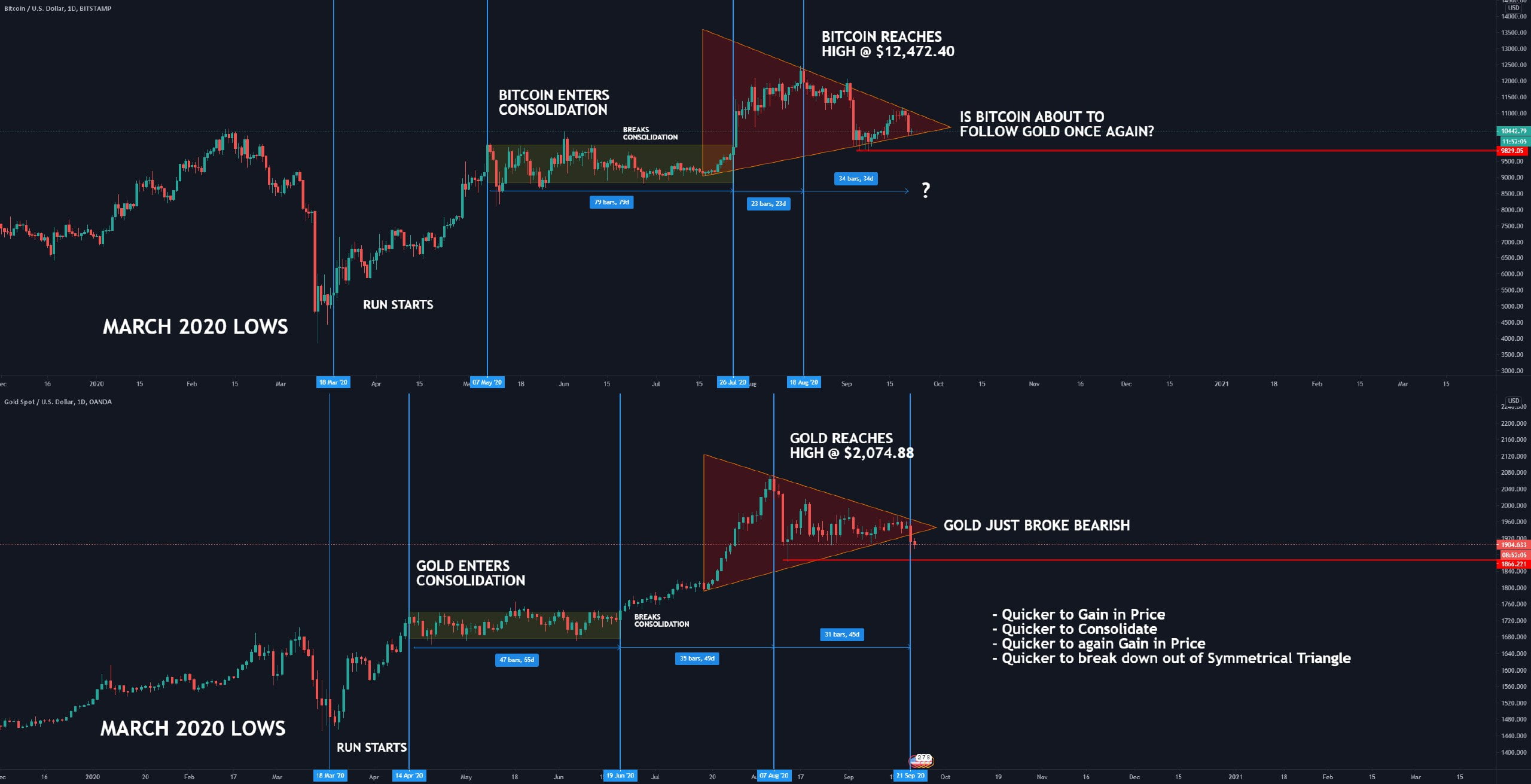 Both Gold and BTC Draw Symmetrical Triangle Since March

According to the graphics published by the analyst; It is clear that there is a correlation with small time differences between the pair. In March 2020, gold was tied to a bull run ahead of Bitcoin, and BTC followed suit. The consolidation move of gold in April formed the basis of Bitcoin’s stable trend. In fact, the record broken on the basis of ONS Gold came one week before Bitcoin’s annual high.

As a result of these developments, the symmetrical triangle pattern was observed in the charts of the two entities. This pattern is often interpreted by market analysts as the trend will break in the direction of the previous trend. So this chart pattern was a bullish signal for Bitcoin and gold. However, ONS Altın made a downside break with a move to reverse these comments. For this reason, it has been a matter of curiosity whether Bitcoin will experience a decrease in the trail of gold, contrary to expectations.

Miley Cyrus very worried: She is afraid for her family in...