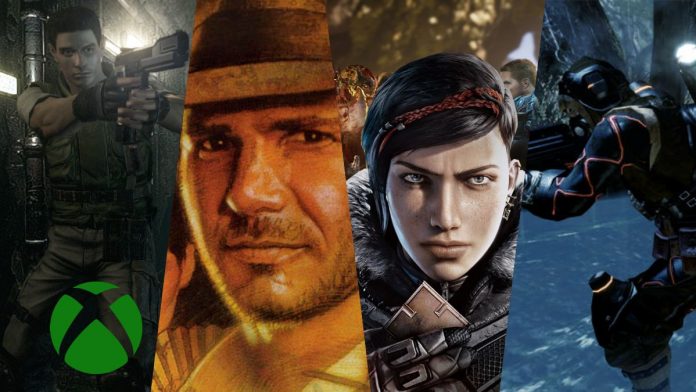 Players subscribed to Microsoft services will be able to add games like Gears 5, Lost Planet 2, or Resident Evil Remake to their libraries.

Powerful month for Xbox Live Gold and Xbox Game Pass Ultimate subscribers. Microsoft has announced the free games with Gold for February 2021, a selection of titles from all generations of its consoles. In addition to Gears 5, the latest installment of The Coalition’s action game, players will be able to download and enjoy Resident Evil Remake, Indiana Jones and the Emperor’s Tomb, Dandara, and Lost Planet 2.

Games with Gold for Xbox One and Xbox Series

Those who make use of this service can get these five titles for free. Gears 5 will be available from February 1 to 28, just weeks after the launch of Hive Slayer, the great story expansion. As if that weren’t enough, the developers have updated the title to take advantage of the benefits of the new generation on Xbox Series X and Xbox Series S.

Resident Evil is currently on the agenda for the celebration of its 25th anniversary, but also for the arrival on the market of Resident Evil Village, the eighth main installment of the saga. Subscribers will be able to commemorate the birthday by playing the remake of the first chapter on their Microsoft console, as it will be available for free from February 1 to 28.

The good of Indy has also been a protagonist recently, and that is Bethesda, the company that will become part of Xbox Game Studios this year, is working on an Indiana Jones video game together with Lucasfilm Games. For starters, Xbox gamers will have the opportunity to return to an Xbox classic, Indiana Jones and the Emperor’s Tomb. When? From February 1 to 15.

The storm Filomena has left Madrid and other places in Spain dyed in white, but nothing compared to the snow and ice that we can find in Lost Planet 2, a Capcom saga that was born in the generation of PS3 and Xbox 360 and that for now is fallow. You can get it from February 16 to 28. As for Dandara: Trials of Fear Edition, it will be available for download from February 16 to March 15.