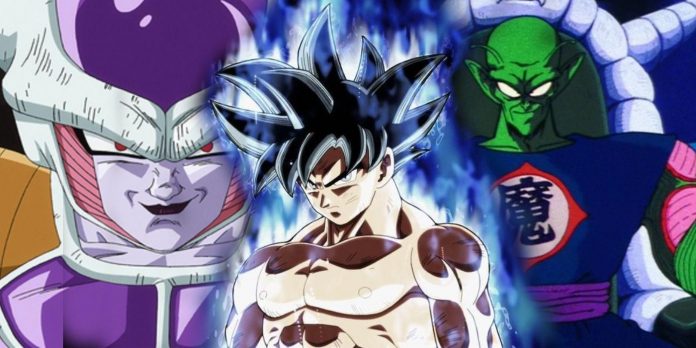 While Goku easily won more than his fair share of fights throughout his Dragon Ball career, his first two major victories were not only due to skill, but also the raw emotions that Goku was forced to experience in these battles. Despite the fact that these first real victories had very little in common (other than the fact that Goku won them), they have one strange connection that allowed Goku to win in the first place: the death of Krillin.

Goku and Krillin first became friends when they simultaneously began training under Master Roshi. At first, Krillin and Goku were overly competitive, but they became best friends, helping each other get stronger and stronger through joint training. Soon, both fighters proved themselves experienced enough to take part in a world martial arts tournament, where each of them went incredibly far, but ultimately could not win in the overall standings. Although losing their first tournament was painful, the pain of not playing was nothing compared to the tragedy of the second tournament they participated in together, as it ended with the mysterious death of Krillin.

In chapter 134, Akira Toriyama’s Dragon Ball Tenkaichi Budōkai is over, and Goku finds Krillin’s lifeless corpse after he was mysteriously killed by an unknown assailant. After Goku escapes in the supposed direction of the killer, Roshi reveals that he knows who killed Krillin: King Piccolo. King Piccolo was an evil Namekian who tried to take over the world centuries before the events of this chapter, but he was trapped in a mystical containment vessel to contain his evil. In this chapter, it is told that King Piccolo escaped from custody, and his first villainous act was to kill all the greatest martial artists in the world, starting with those who participated in the World Martial Arts Tournament. His first victim was Krillin.

Using Krillin’s death as an angry inspiration, Goku eventually killed King Piccolo by shooting his body through the villain’s torso, cruelly taking his life. Although this moment was epic, it wasn’t the last time Goku used Krillin’s death to inspire him to defeat an incredibly powerful threat. When the Z fighters heroically went to the planet Hint many years after Goku killed King Piccolo, Krillin’s life was cut short again, only this time the killer was the universal tyrant Lord Friza. Friza killed Krillin right in front of Goku to prove his immense strength and make Goku too scared to challenge him.

However, killing Friza had the opposite effect on the Saiyan warrior, as the rage he felt over Krillin’s death gave him the boost he needed to unlock Super Saiyan for the first time, and in this form Goku overwhelmingly defeated Friza. Although Goku had several victories before and even between Krillin’s two deaths, they didn’t matter much to the broader Dragon Pearl myths. Goku easily defeated low-level villains such as Carrot, Emperor Pilaf and even the Red Ribbon Army without needing inspiration from the death of a close friend.

However, when Goku went up against Lord Frieza and King Piccolo, he may not have survived those encounters without an extra push, and Krillin’s death helped Goku unleash the power he needed to defeat those Dragon Ball villains on both occasions and win two of his greatest victories.