Adam Wingard’s journey with Godzilla vs. Kong started in 2013, when his hit movie, You’re Next, caught the eye of Peter Jackson. Shortly thereafter, Jackson chose Wingard to command Skull Island, which was initially treated as a direct sequel to Universal’s King Kong and 2005’s Jackson. In 2014, the film was renamed Kong: Skull Island, but to facilitate a confrontation with Godzilla, Legendary Pictures ended up closing a deal that would send Kong to Warner Bros. As a result, Jackson – and Wingard by extension – had to leave the project.

In 2017, the director had a general meeting at Legendary Pictures with Mary Parent, who happened to be one of Universal’s Skull Island producers before becoming head of production for Legendary a few years later.

Regarding the meeting, Wingard said: “I immediately started talking about how I would love to see Godzilla chasing Kong around with his atomic breath in a futuristic and neon-filled city. I think Mary remembered that Peter Jackson gave me his seal of approval, and that meant a lot. ”

Another one of his initial ideas for Godzilla vs. Kong went on to embrace Kong’s underdog status, a trait he associated with action heroes of the 80s and 90s like John McClane and Martin Riggs.

“I’m a huge fan of this style of action where the hero is this guy who is out of luck,” explains Wingard. “Godzilla is much more powerful than [Kong]. And in addition, we put Kong in the ocean. This is the element of Godzilla. So, the stakes and the danger level are already high for this character, but you want to expand that. And the inspiration really comes from Duro de Matar more than anything. ”

The director also spoke about the first draft of his Face / Off sequence script, in which he is currently working with longtime collaborator Simon Barrett. Of course, he also sees the film as a chance to honor John Woo and his trademark style.

Debuting March 31 in the US, Godzilla vs. Kong is scheduled to hit theaters in Brazil on April 29. 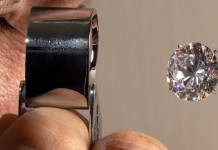 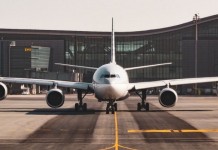 How To Buy Cheap Airline Tickets On Black Friday?