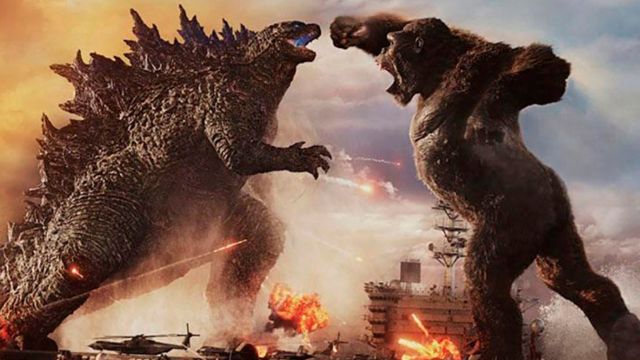 The new Warner Bros. film about the confrontation of such mythical celluloid monsters has several surprises; its premiere is delayed a few days.

Godzilla vs. Kong, the new Warner Bros. movie that will confront two of the most famous celluloid monsters, presented its first and tremendous trailer this past weekend in which we saw King Kong and Godzilla face to face for the first time. Although said trailer hides more than meets the eye; And there are many fans who have shared various theories about the possibility that the real villain of the film is nothing more and nothing less than MechaGodzilla, something that the trailer itself could hint at in several scenes. Also, from Collider we get the news that Godzilla vs. Kong has suffered a slight delay in its simultaneous release in theaters and HBO Max.

The secrets of Godzilla vs. Kong

Thus, Godzilla vs. Kong moves its simultaneous release in theaters and HBO Max from March 26 to March 31; Those responsible have not justified this small movement in the calendar, although it is expected to be the last, provided that the current pandemic situation does not further complicate the situation. Be that as it may, Godzilla vs. Kong has greatly raised the expectations of fans, even provoking painstaking analysis of a trailer that seems to hide more than meets the eye.

Godzilla vs. Kong is delayed a few days: clues about MechaGodzilla in the trailer?

And it is that there are many who think that the true villain of the film is MechaGodzilla, a character that is already a classic in the Japanese monster franchise and that could well appear in the film if we look at several tracks in the trailer. So much so, that beyond the hint of his existence in the movie Skull Island, the film’s own advance seems to point in that direction. For example, one of the first scenes in the trailer appears to show a red-glowing robotic kaiju attacking a city, while another sequence shows Monarch screens with what appears to be a MechaGodzilla schematic and his state of charge. .

We will finally see Godzilla and Kong must join forces after facing each other before the threat of an uncontrolled robotic Godzilla of great destructive power.