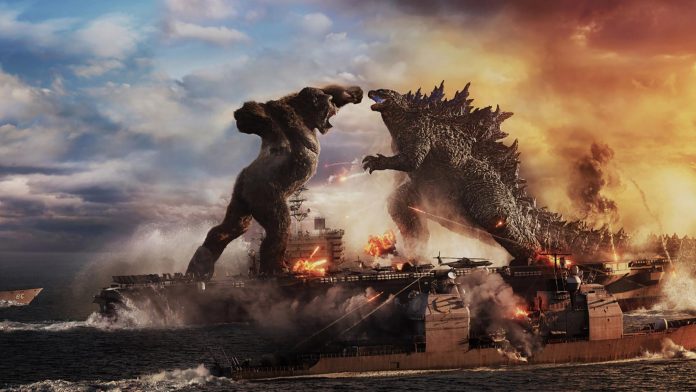 Warner Bros., one of the most curious movies of this year, Godzilla vs. Kong released the first thriller trailer of the movie. The production, which will be about the war between King Kong and Godzilla, will meet the audience next March.

Godzilla vs. the battle of two of cinema’s most iconic monsters. The highly anticipated first trailer from the Kong movie has finally arrived. 2017’s Kong: Skull Island and 2019’s Godzilla II: King of the Monsters, Godzilla vs. Kong will air on the big screen and on HBO Max on March 26, 2021.

According to recent rumors, the production companies are Warner Bros. and Legendary Entertainmet could not agree and a controversy arose over the release of the film on HBO Max. Legendary Entertainment, WarnerMedia’s Godzilla vs. He wants at least $ 250 million to get Kong to air on HBO Max. Also, Legendary’s Godzilla vs. It was also claimed that Kong was unaware that it will be broadcast on both digital platforms and cinemas.

Rebecca Hall, Alexander Skarsgård and Brian Tyree Henry retained the roles of Millie Bobby Brown, who we know for her role as ‘Eleven’ in Stranger Things and who also appeared in Godzilla II in 2019, and Kyle Chandler, who also starred in Godzilla II. completing the cast as newcomers. In the director’s chair of the production, Adam Wingard, whose horror genre works can be mentioned with names such as Massacre Night, Blair Witch and Guest, is on the director’s chair.

See Also
Director of Godzilla vs. Kong will direct sequel

Godzilla vs. Information about Kong is limited for now. When we look at the published trailer, we see once again that the film will be about the war between two iconic monsters. At this point, it should be noted that the trailer positions Kong as the hero and Godzilla as the villain, and many people are worried about Godzilla’s destructive powers.

Before we end our news, Godzilla vs. Let us remind you that Kong will take its place in the big screen and HBO Max on March 26, 2021. You can also share your thoughts about the movie with us in the comments section.

Laeticia Hallyday: What does Christmas with Jalil look like?