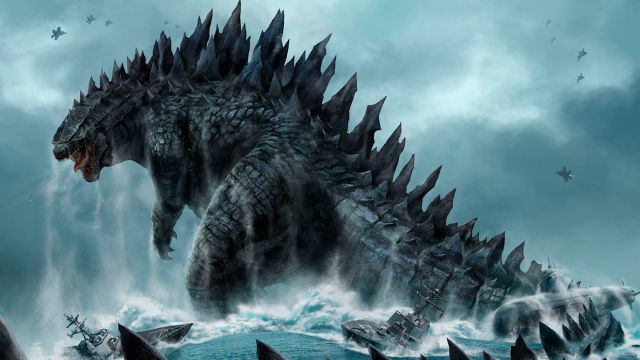 Godzilla: Legendary announces a new live action production with the famous monster as the main protagonist along with the Titans: this is its first official synopsis. Godzilla, the famous monster on the big screen, will have his own live-action series that will expand the monsterverse together with the Titans, a production that will come exclusively to Apple TV +, the apple’s streaming platform. This has been communicated by the producer Legendary, confirming that there are plans to continue exploring the Godzilla universe in live action and sharing a first official synopsis.

Godzilla: from the big screen to streaming

And it is that after the last two attempts by Legendary to restart the mythical monster on the big screen, first with Godzilla: King of the Monsters (and its discreet box office in theaters for a film with a budget of more than 200 million dollars) and then with Godzilla vs Kong, a film that was destined to achieve a great collection but was fully conditioned by the pandemic, Legendary has decided to change its strategy and now bet on the domestic format in the form of a live-action series for Apple TV +.

We’re thrilled to announce the #Monsterverse is expanding with an all-new original live action series for @AppleTVPlus featuring #Godzilla and the Titans that will explore the mythic legacy of a world in which monsters are real. pic.twitter.com/0L9Om9DyJp

Thus, the series is expected to pick up the witness of both films and bring its monsterverse to the small screen as a live action series. The project will be produced by Legendary Television and will have Chris Black (Star Trek Enterprise) as executive producer; In addition, the script will be signed by the comic writer Matt Fraction (Hawkeye), being together with Black co-creators and showrunners of the series.

Taking advantage of the announcement, we already have a first official synopsis of this new Godzilla series: “After the thunderous battle between Godzilla and the titans that devastated San Francisco, after the shocking new reality that confirmed that the monsters are real, the series will explore the one family’s journey to uncover their buried secrets and a legacy that links them to the secret organization known as Monarch.”

The new Godzilla series does not have, for now, a scheduled release date on Apple TV +.