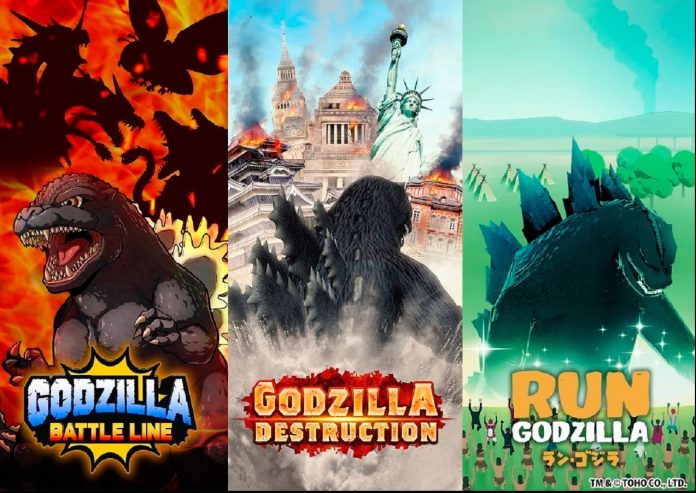 TOHO Games has announced this year for three new Godzilla mobile games. The first of these, Run Godzilla, has been released for iOS and Android. The release dates and details of the next two games have been announced.

The legendary character, 390 meters long, last appeared in the game world in 2019 with Defense Force (Android – iOS). The first production announced for this year is Godzilla vs. It came days before the Kong movie.

On March 31st, the movie will be released simultaneously with cinemas on HBO Max. Godzilla vs. $ 160-200 million to shoot. Kong will be one of the most ambitious jobs in 2021. Right after the world premiere of the project, we will encounter two different plays.

Run Godzilla game, which has already been downloaded by tens of thousands of users, promises an interesting simulation experience. In a world where civilization is destroyed, players are tasked with growing Kaiju and Godzilla; they need to feed them regularly to make them stronger and bring peace to the village.

The free version has a size of 89 Megabytes on Android and 219.6 Megabytes on iOS. There are also in-game purchases on both platforms to develop characters faster. It is possible to download Run Godzilla from Google Play Store or Apple App Store.

Godzilla Destruction, one of the next two games, thrills with its interesting plot. A pre-registration opportunity has already opened for this production. Users are promised an action-packed adventure as the King of the Beasts, where they can travel the world and destroy entire cities.

The Godzilla Battle Line game opened its pre-registers just like Destruction. Here, an atmosphere will come where players can fight online with users from all over the world. Players will be given options to create and upgrade their own monsters. As the name suggests, the expected production will create a classic Battle Royale experience.

A clear release date has not yet been given for Godzilla Destruction and Battle Line. However, both games will come to the platforms in April. On the other hand, it is still a mystery whether these productions will be exhibited for a fee. However, according to estimates, the publisher company will release the productions for free and add in-game purchase options.