Home Entertainment God of War Ragnarok, Will It Come to PC? Your Creative Director... 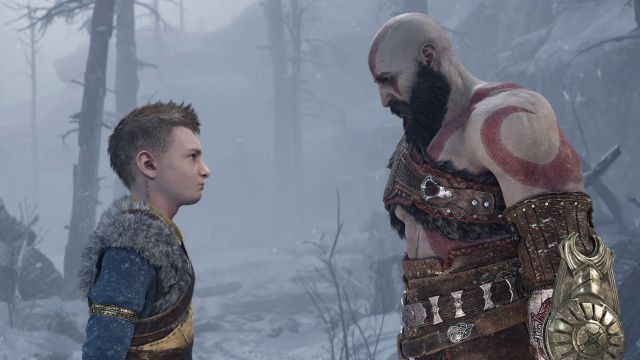 God of War Ragnarok: Cory Barlog maintains that it is a decision that depends on Sony in the first and last instance. The title is planned for PS5 and PS4 this year 2022. God of War: Ragnarök is one of the most anticipated video games of the year 2022 in the PlayStation universe. After the critical and sales success of the original 2018 work led by Cory Barlog —this sequel is led by Eric Williams—, the creator is now celebrating the premiere of said title on the computer. In this regard, he has been questioned about the possibility of seeing the second installment also on PC in the future.

Speaking to Game Informer, Barlog explained that these decisions depend strictly on Sony, which is the one that delegates those orders to external studios if they consider it so: “I have no idea,” he says when asked about the possibility of seeing God of War: Ragnarök on PC in the future. “Right now we are taking one game at a time”, not paying attention to two adaptations at the same time. The feedback received will help them learn for future opportunities, taking note of what they have done well and what they have not. “But in the end, ultimately, it’s Sony’s decision.”

In that same interview, Barlog reveals that PlayStation’s own internal studios pressured Sony to change its strategy and bring its exclusive video games to PC, so that many more people can enjoy them, thus expanding the name of those brands to other audiences. Titles like Horizon Zero Dawn, God of War (2018), Days Gone and Uncharted: The Legacy of Thieves Collection (January 28, 2022 on PS5; 2022 on PC) are the first PlayStation titles to break into Steam; all with great sales figures.

God of War: Ragnarök will arrive in 2022 for PS5 and PS4; date to be confirmed

Eric Williams, its director, has indicated in an interview that this installment will be the one that ends the arc of the Nordic saga: there will not be a trilogy but a total of two installments to narrate this story. “We want to create an experience that is worthy of the God of War name,” he explained, a journey between a father and son full of traditional situations and with which we can empathize. In addition, the game will have a “surprising, but inevitable” ending.

God of War: Ragnarök is scheduled to be released sometime in 2022 on PS5 and PlayStation 4. The original 2018 installment is now available on PC and we loved its port.

Why is Gamora not the Guardian of the Galaxy in the...