Home Entertainment God of War: Ragnarok will be the last game with this theme 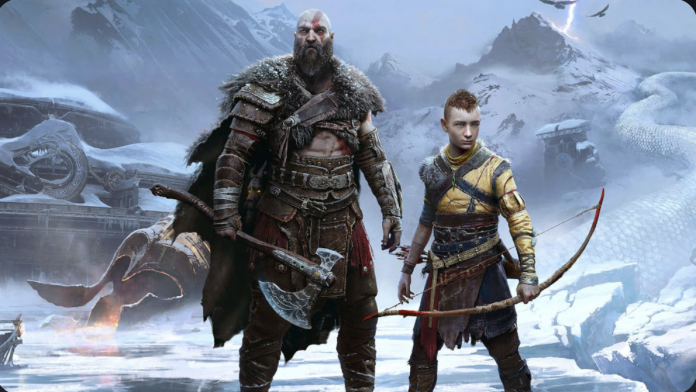 The team behind God of War: Ragnarok at SIE Santa Monica Studio confirms that the game will be the last game based on Norse mythology

When God of War (2018) was revealed and announced that it would be based on Norse mythology, many thought that various games in the series would tap into the rich folklore of the peoples of Northern Europe.

In the worst case, at least one trilogy could be expected. However, it seems that the plans were not so ambitious. As revealed by SIE Santa Monica Studio, God of War: Ragnarok will be the last with this theme.

God of War: Ragnarok has such a name for good reason

This was confirmed during interviews after the PlayStation Showcase that took place this week. Who said it was none other than the head of PlayStation Studios, Hermen Hulst. Later, it was reconfirmed by Eric Williams, who runs the game.

His responses are recorded on video. When the director was asked the role of Ragnarok in this title, he commented that this event has great importance within the story.

What Williams said was “you can’t call the game God of War: Ragnarok and not have Ragnarok in the game.” He finished by saying ‘it’s going to happen. We are going to end the Nordic series with that. ‘

However, the issue of why Norse mythology was so poorly exploited was not addressed. The first wave of Kratos titles comprises several games inspired by the gods and goddesses of the Greek pantheon. There are four for mainline consoles.

We will have to see how Ragnarok is used

Although the term Ragnarok is being used, it was implicit in itself that it is the end. The name is attributed to the battle of the end of the world, when the gods led by Odin fight against the fire giants of Surt and the jotun led by Loki.

In this phenomenal battle, the vast majority of the deities and monsters perish. It is practically the end of the universe. However, the word also represents a new beginning.

After the destruction, peace and the birth of a more peaceful world will finally come. How exactly SIE Santa Monica Studio will handle the game is a mystery.

In all the games he has worked on, he always adapts the myths in a different way. But that will only be known when God of War: Ragnarok is available. According to plans, it will be sometime in 2022, both for the PS4 and PS5. We will have to be patient.

Halo Infinite: The First Tech Test Will Show How The Battle...