Home Entertainment God of War Ragnarok: What is Fimbulwinter? 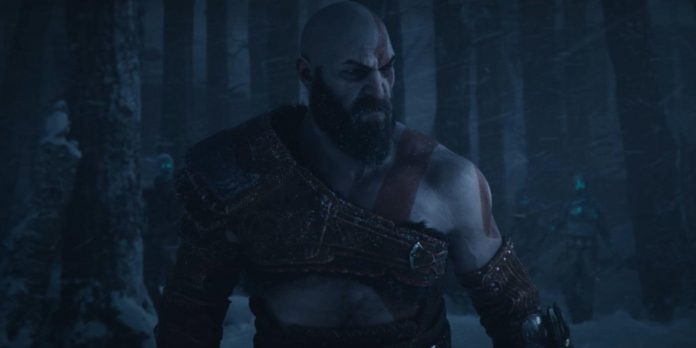 In God of War 2018, Kratos and his son Atreus embark on a journey to the highest point of the Nine Worlds to scatter Faye’s ashes. Along the way, they cross paths with Freya and her invulnerable son Baldur, as well as many other enemies who stand in their way. The game ends with a sudden change in the weather, and the Nine Realms become snowy. According to Mimir’s talking head, Fimbulwinter has begun, although players will have to wait until God of War: Ragnarok to see more.

Trailers and screenshots of God of War: Ragnarok show that Nine Worlds have frozen over, and it becomes obvious that Fimbulwinter will play a prominent role. To better understand Fimbulwinter and how it is related to Ragnarok, it is worth looking into Scandinavian mythology, from which the God of War largely borrows. Although the great winter may be harsh, it is only a prelude to the destruction of Ragnarok.

link: What would Kratos look like if he had hair?

The word Fimbulwinter comes from the Old Norse word Fimbulvetr, which means “great winter”. He appears in several sources of Norse mythology, including the Poetic Edda, where he is described as three consecutive winters preceding Ragnarok. Snow will blow from all sides, covering everything with frost. This is the winter that will end all winters, but Ragnarok is even worse. Terrible natural disasters will break out, and the gods will fight each other until death. Eventually, a new, fertile world will emerge from the waters, and the two surviving humans, Lief and Liftrasir, will repopulate the Earth. Fimbulwinter is also mentioned in the Prose Edda, where it is mentioned that before the great winter, when the sun will be useless, greed will lead to the rupture of family ties, and brothers will kill brothers.

Fimbulwinter and Ragnarok in God of War: Ragnarok

At the end of God of War 2018, Mimir warns Kratos that Fimbulwinter will bring a lot of snow, followed by Ragnarok, which will lead to the end of the world. However, Mimir also notes that Fimbulwinter was not supposed to ride for at least another hundred winters, and Kratos did something to speed up his arrival. Brock and Sindri are also worried about Fimbulwinter and fear that it signals the end of time. If the prophecy is true, this may be the coldest winter, but it may also be the last.

The trailers of God of War: Ragnarok show that Fimbulwinter will freeze over all Nine Kingdoms, and with it new enemies will appear. Since everything is covered in ice, Kratos and Atreus need a better way of getting around, and so they are shown riding on a sled pulled by wolves. Although the players will still be in the Nine Worlds, it is obvious that Fimbulwinter will completely change the situation.

Kratos’ actions somehow caused Fimbulwinter to recover faster, which is worrying, but also encouraging. By influencing the arrival of Fimbulwinter, he proves that fate is not set in stone, and no matter what the prophecies say, it is possible to change the outcome of the future. This may mean that Kratos and Atreus can do something about Ragnarok and prevent the terrible predicted events.

The biggest challenges await Kratos ahead, and besides Freya, he probably also has to fight Thor and his mighty hammer Mjolnir, the giant wolf Fenrir and the possible appearance of Odin. Although the God of War series has always been inspired by mythology, it has also been creative enough to create its own unique stories. Consequently, although Fimbulwinter in the game can be as windy as in Norse mythology, it is unknown where Santa Monica will take things.

Xiaomi wants to occupy LG’s place in the market

Masters Of The Universe: Netflix Announces Live-Action Film From The Series