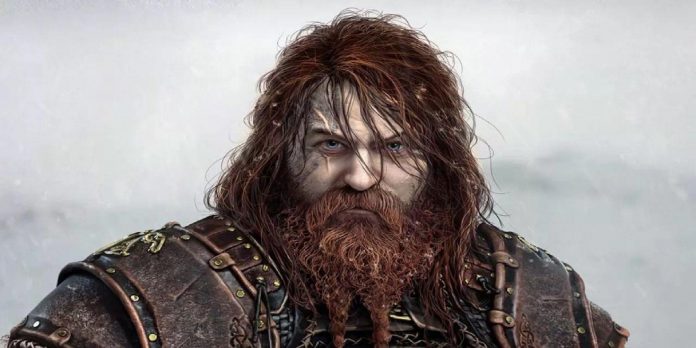 During the PlayStation State of Play, a new trailer for God of War: Ragnarok was unveiled earlier today, showcasing a variety of epic battles, including the battle between Kratos and Thor. Many gamers were looking forward to the upcoming God of War game, so many fans found this trailer one of the highlights of the presentation.

The previous God of War game, released in 2018, served as a soft reboot of the series, marking the beginning of a new story inspired by Scandinavian mythology. God of War: Ragnarok continues the adventures of Kratos and Atreus, battling Scandinavian figures, including Thor, the god of lightning.

The highlight of the trailer was the finale, in which Kratos is thrown back and he slides on the frozen ground. The camera turns to reveal that his opponent is Thor, one of the main antagonists that players will be able to fight in God of War: Ragnarok. Kratos then throws his Leviathan Axe at the Thunder God, who deflects the attack by throwing his hammer, causing the two weapons to collide as lightning sparks around them.

In addition to the fight with Thor, the beginning of the trailer raised a lot of questions about the upcoming sequel. Atreus talks about keeping secrets from loved ones to protect them when Kratos drops his weapon. The trailer then cuts to Tyr, who joins Kratos and Atreus in their quest and wonders what they want from him. Shooting Gallery was an important character from the history of the previous game, although no one actually saw him, so it will be interesting to learn more about him and his relationship with the main characters in this sequel.

After that, Kratos confronts Atreus because he keeps secrets from him, but his son refuses to answer him, instead stating that he just needs the God of War to trust him. Kratos replies that even though he doesn’t believe in Atreus’ leadership, he follows him, showing how much has changed between the previous game and God of War: Ragnarok as Kratos led Atreus on their journey. Then they express their concern for each other, and Kratos declares that Atreus does not need to protect him.

Since fans have been excited about the imminent clash between the Gods of War and Lightning ever since the final God of War scene, where Thor arrived at Kratos’ house ready to attack him and Atreus, this was a great way to end the trailer. . In addition, it probably made fans even more excited about the release of the next part of the franchise.