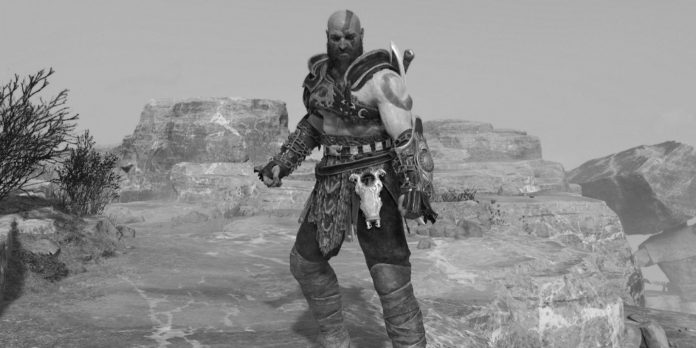 God of War Ragnarok: The Pros and Cons of Santa Monica potentially killing Kratos The next game in the God of War series, God of War Ragnarok, promises to raise the stakes higher than ever. Kratos and Atreus are pursued by Thor and Freya, who both want revenge. While dealing with their enemies, they must also find a way to prevent Ragnarok, the end of the world. Fortunately, former friends like Mimir, Brock and Sindri return to help the heroes along the way.

God of War Ragnarok is very much expected, as it will answer many questions that gamers have. The last God of War game ended with a lot of unfinished plots, as another name of Atreus was revealed, gamers saw Thor’s hammer, Fimbulwinter began and Kratos’ death was predicted. The idea of the death of such an iconic character as Kratos is almost unthinkable, and Santa Monica has many pros and cons that could potentially go through with this bold move.

The idea of Kratos’ death in God of War Ragnarok is not too far-fetched, and it has already been hinted at in God of War 2018. Towards the end of the game, Kratos and Atreus encounter a room whose walls are covered with prophetic frescoes. One segment depicts Atreus holding the dead body of Kratos as runic letters burst out of Atreus’ mouth. Fans translated the runes, and they have the following words: “death”, “father”, “mourned” and “betrayal”. It seems to strongly hint that Kratos’ death is not far off, and it may come as a result of betrayal.

For the history of Kratos and Atreus, it would not be a big deviation from the norm if there was some kind of betrayal between them. Although they are a father and son duo who love each other very much, Kratos knows how often family conflicts arise between the gods and how everything usually ends with some kind of parricide. Kratos kills his father Zeus after Zeus betrayed him after all. For this pattern to be repeated with Kratos and Atreus, it would just be a normal course of fate among the gods. However, even with the prophetic fresco at hand, Kratos’ death is not determined, as it has been shown that fate can be prevented.

Kratos’ death also fits well into the Scandinavian myth of Ragnarok, in which the gods are at war with each other. During Ragnarok, many gods die, including Thor, Tyr, Odin, killed by the giant wolf Fenrir, as well as Loki and Heimdall, who kill each other in battle. Of course, Kratos does not appear in Scandinavian myths because of his Greek origin, but his death will be just one of many in the era of the dying gods, which emphasizes that the stakes are high and the end of time is near. A well-organized death can also be quite redemptive for Kratos. Although Kratos from God of War 2018 is relatively restrained and mature, he has a past filled with lust, violence and revenge. Sacrificial death can be a moment of redemption for Kratos, helping him to correct all the mistakes of his past.

Kratos’ death set the stage for the next God of War saga, possibly led by Atreus. Kratos’ son is certainly up to the task, especially after Santa Monica spent an entire game introducing gamers to Atreus, allowing players to see how the boy is growing up. He will probably continue to do so in a new title. Having put so much effort into Atreus, it is unlikely that he will remain just a minor character, and it is much more likely that Santa Monica has big plans for him. Although Kratos has served the God of War franchise well for more than a decade, a new protagonist in the next saga can ensure that the series continues to feel fresh, and Atreus can become the hero who takes Kratos’ huge shoes.

There are several characters that have become an integral part of the PlayStation identity. This includes characters such as Nathan Drake, Ratchet, Eloy, Astrobot and Sackboy, to name just a few. Among these characters, only a few managed to become as iconic as Kratos. His powdery skin, red tattoos and hoarse voice are instantly recognizable, and his insatiable rage has attracted the attention of millions of gamers. It’s almost inconceivable that a hardy character like Kratos would be killed off, and it could end up damaging the PlayStation and the Santa Monica brand if the studio does away with the Spartan Warrior.

Although gamers have spent a lot of time with Atreus, it’s unclear if he has the same superstar power as Kratos. On the contrary, sometimes Atreus can be annoying and stubborn. It may be a product of his age, and with maturity his personality can be beautifully rounded, but it is doubtful that he will ever be able to get out of the big shadow of Kratos.

Monster Hunter Rise And Sonic, Together To Celebrate The 30th Anniversary...

Angelina Jolie and Brad Pitt have been getting divorced for a...