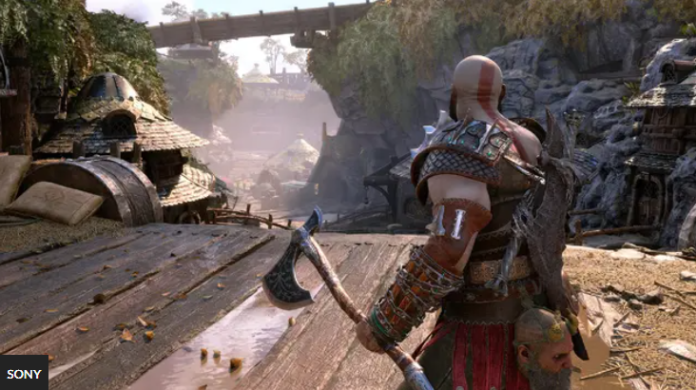 The appearance of God of War Ragnarok in 2022 shocked the gaming world. The game was a huge success on Twitch, as hundreds of thousands of viewers watched the game of their favorite streamers, but it is still inferior to its rival in the nomination “Game of the Year”: Elden Ring.

God of War Ragnarok was one of the most anticipated games of 2022, and it certainly succeeded. Given the fact that players are being thrown back to the Nine Worlds, many could not have wished for anything better five years after the release of the last part.

Not only players are immersed in the game on PlayStation. In fact, many people relax and watch their favorite streamers do it on Twitch and YouTube.

Many famous names have dedicated gigantic broadcasts to the passage of the game. Felix “xQc” Lengyel basically did it in one sitting, and he’s not alone with Ruben Doblas “Rubius” Gundersen and Ben “CohhCarnage” Cassel among the top names who aired God of War Ragnarok in its launch week.

In the first three days, more than 11 million hours of God of War Ragnarok gameplay were viewed on Twitch. This includes a peak of 460,000 viewers, the same as there were in the final hours of the game, which puts it in 42nd place all-time. He took third place in the categories and still confidently occupies the top lines of the Twitch charts. However, its launch is not the biggest on the streaming platform this year, as Elden Ring still has that record.

Elden Ring scored 875,000 viewers, which is almost twice as many as God of War Ragnarok in the launch week. He also had twice as many channels streaming the game, and in the following months he was in the top Twitch categories. Even now, he still has about 10,000 viewers a day.

The launch of Cyberpunk 2077 in December 2020 still holds records for a single-player game: 1.1 million were tuned on the first day, although it ended in a complete disaster for CD Projekt Red, since for most the game barely functioned and was rife with bugs.

God of War Ragnarok still has room to maneuver to boast big numbers on Twitch, and it’s likely to rank high in the monthly rankings at the end of November.

It may have lagged behind its main rival in the “Game of the Year” category in this department, but in terms of gameplay, it is neck and neck between them as the awards season approaches.

10 of the best classic series on Amazon Prime Video

How Pokémon Scarlet and Violet Can Learn from Gen 5’s Biggest...