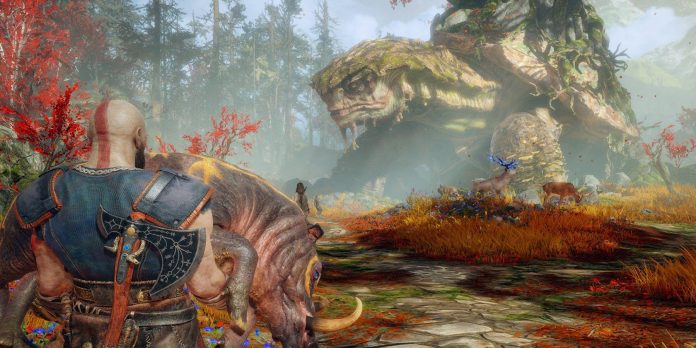 For most of the history of God of War, the Spartan warrior Kratos traveled through the realms of Greek mythology, fighting with the most powerful gods, including his parents. However, in God of War 2018, Santa Monica decided to reinvent the franchise by replacing the fixed camera with a more modern over-the-shoulder perspective and arming Kratos with the Leviathan ice axe. Most notably, however, Kratos is no longer in the realm of Greek mythology, but instead finds himself among the Norse gods in the Nine Realms.

As the name of the game suggests, the source of inspiration for God of War: Ragnarok is the Scandinavian myth of Ragnarok, and this is hinted at by the final scenes of God of War 2018. When snow falls, Mimir warns Kratos and Atreus that the three-year Fimbulwinter has begun, which means that Ragnarok will soon follow. When someone analyzes Ragnarok in Norse mythology, he does not paint a good picture for the heroes.

The word Ragnarok comes from the Old Norse language and can be interpreted as meaning “the death of the gods” or “the final fate of the gods”. The myth entails a series of events predicted in the “Poetic Edda”. Ragnarok will bring numerous natural disasters that will lead to large-scale destruction, as well as floods that will flood the whole world. There will be epic battles between the gods, including such central figures as Odin and Tyr, as a result of which many gods will die.

Everyone will know when Ragnarok comes, thanks to the god Heimdall, who lives where the rainbow bridge Bivrest meets the sky, and he will blow his horn, called Gyallarhorn. The central figure in “Ragnarok” is Loki, the Scandinavian god-deceiver. During the events, Loki, joined by the Jotun ice giants, fights against the gods, and he fights Heimdall. These two turn out to be fierce competitors, and they are deadly to each other. After their death, the sky will turn black, and the Earth will be swallowed up by water.

In God of War, conflicts between the gods have already begun. In God of War 2018, Kratos killed Baldur, which angered Freya, who swore revenge. She is joined by Thor, who also wants to get his pound of flesh from Kratos because Baldur is his half-brother. Thor can be a powerful opponent because he wields the hammer Mjolnir. In addition, there is a chance that the paths of Kratos and Atreus will cross with Odin in God of War: Ragnarok, since his arrival was strongly hinted at, especially Mimir, who claims that Odin tortured him. It is unknown how far the war of the gods will go, and whether it will extend to Kratos and Atreus, who rebelled against each other.

It is also worth paying attention to Loki, as it hints that Atreus is a deceiver. As explained at the end of God of War 2018, Atreus’ mother originally named him Loki. This may be an ominous sign, as Loki will not get out of Ragnarok alive. However, it should be noted that the God of War series has always taken liberties with mythology, and there is every chance that Santa Monica will not strictly adhere to the script of Scandinavian mythology.

There is no Time for a post-Ragnarok Myth in God of War: Ragnarok

However, the myth of Ragnarok is not only death and destruction. As in many other myths around the world, there is a cyclical structure here, and death is followed by rebirth. According to the myth, once the water recedes, the Land will again become more fertile than ever, with the land rich in crops. A few children of the gods will survive, and they will rule the new world and share the stories of their ancestors. Humans will also repopulate the Earth thanks to Lief and Liftrasir, who survived Ragnarok by hiding in the Yggdrasil world tree. This will mark the beginning of an era of new life on Earth, when more stories and myths will be created.

Despite the fact that a beautiful vision is presented with only two games set in Scandinavian mythology, gamers may not have a chance to enjoy or experience this world after Ragnarok, especially when Ragnarok covers so many events by itself. Perhaps in the trilogy there would be an opportunity to see what happens after the final battle of Ragnarok, but with the current structure of the myth, it seems unlikely to fit it into a two-part part.

Tom Holland As James Bond? The Actor Reveals How He Sold...