Home Entertainment God of War: Ragnarok — all the important plot twists revealed in... 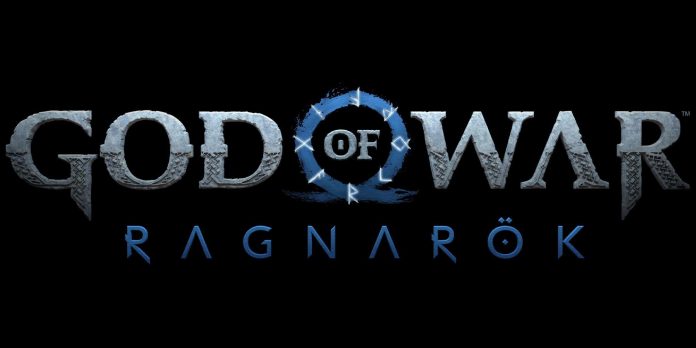 God of War Ragnarok is about to close the book of the Scandinavian saga franchise, and many fans are looking forward to the chance to fight with countless creatures, people and gods. A recent trailer shown on State of Play explained many of the game’s key plot points, including what to expect from characters like Tyr, Freya, Odin and Thor. With so much confirmed, the story of God of War Ragnarok seems to be almost revealed, and as the release date approaches, fan excitement continues to grow.

Kratos and Atreus face unmatched odds as they prepare to lead an attack on Odin and Thor that will lead to Ragnarok. The State of Play trailer also revealed several key figures, including the three wolves, Skoll, Hati and Fenrir, who are likely to help Kratos and Atreus in their quest. Besides, it seems that Kratos is no longer in command. Whether this is a consequence of some point in history or the fact that Atreus has some knowledge that Kratos does not have is still a mystery, although it may mean the end of Kratos, as hinted at at the end of God of War 2018.

One of the most popular points to discuss God of War 2018 was how much Kratos has grown throughout the game. He went from absolute disbelief in his son to considering him a worthy god capable of doing good and breaking the cycle of death that followed him from Greece. The State of Play trailer for God of War: Ragnarok showed the interaction of Kratos and Atreus, which confirmed that it was Atreus who would command and guide Kratos through the plot.

There are many reasons why Atreus takes the initiative in this game, firstly, he may know some things that need to be done to give a boost to Ragnarok, and asks for his father’s trust to bring this to an end. Another reason may be that he is being manipulated by One who approaches Kratos’ door in the trailer. The most likely reason, however, is that it is led by Angrboda, the last giant, as she is eager to avenge what Thor and Odin did to her people, which also explains why the wolves are on the duo’s side.

Kratos has many allies

Apart from Angrboda, who was shown in the previous trailer and is historically Loki’s wife, Kratos and Atreus seem to have much more allies in God of War: Ragnarok than in the previous game. Tyr, the Norse god of war, will help Kratos and Atreus after they free him from the prison into which he was thrown by Odin, and will prove to be a valuable source of knowledge. Also, although they didn’t feature in the latest trailer, Brock and Sindri will also return to lend the duo weapons and help.

Three Scandinavian wolves, Skoll, Hati and Fenrir, also seem to be allies of Kratos and Atreus, and this can easily be explained by the fact that Loki is their father, although it is more likely that Angrboda asked them to help the duo. The events of Ragnarok will begin with them, which was noticeable when Atreus filmed the eclipse in the trailer. Finally, although it seemed that Freya was the enemy for this couple, the scene they depicted may give a hint that she would eventually side with the duo in hopes of ending the rule of the Aces and liberating her people.

Odin and the Valkyries

The State of Play trailer for God of War: Ragnarok showed a major battle scene where Kratos and Atreus fight a pair of valkyries. These two valkyries are Christ and Mist, two legendary figures in Norse mythology who carry Odin’s horn with them. Their presence almost confirms that Odin will not be able to dissuade Kratos from the war, and may also hint at the appearance of many other important valkyries in the game, including Brunhild, the most famous valkyrie in Scandinavian mythology.

It has long been known that Thor will be one of the main villains that fans will fight, and although the role of Odin was shrouded in mystery, the State of Play trailer almost confirmed that the Allfather will not be able to convince Kratos and Atreus to stop their search for Ragnarok. It goes without saying that at some point in the game, players will fight against Odin himself, probably with the help of Fenrir and Tyr. Thus, along with Thor, the Valkyries and possibly Freya, Kratos and Atreus will also fight Odin and may face any other god of the Aces that was not in the first game, for example, Vidar and Vali, two other children of Odin.

When so much became known about God of War: Ragnarok, the story finally began to unfold, and fans got an idea of what to expect. The last chapter of the Scandinavian saga of the God of War franchise, from countless enemies to numerous allies, has a dramatic and exciting ending.

Hell’s Prophecy: Is the Netflix Series Worth Watching?

Learn how to use Booyah !, live application for Free Fire