Home Entertainment God of War Ragnarok: a Developer Receives Threats Due to The Delay... 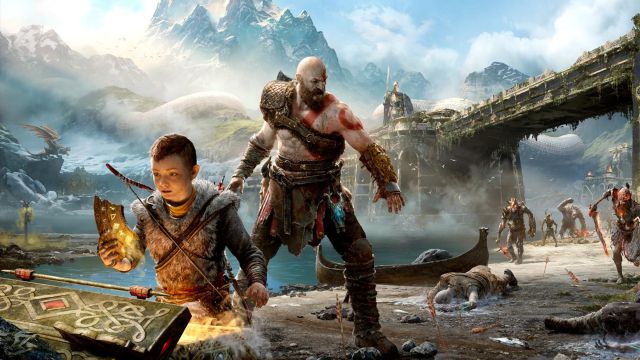 God of War Ragnarok: The director of the video game, Cory Barlog, claims that the decision was his and has asked that no one on the team be disturbed.God of War: Ragnarok (code name), will not be released in 2021. Recently, Sony Interactive Entertainment announced that the title would see the light of day on PS4 and PS5 next year 2022. The decision has been accompanied by attacks by some or other user, who has insulted developers like Alanah Pearce, one of the screenwriters of the new Sony Santa Monica. Faced with this situation, director Cory Barlog has not been silent and has defended his team.

The words go beyond a simple insult, as the person has expressed a wish that she be gang raped. “If you want to be angry about something related to God of War,” writes the head of the project, “be angry with me.” According to Barlog, he made this decision, so he has asked not to disturb the team “, that he is doing” a great job “.

“Each of the people in the studio is there specifically because they are fucking exceptional at what they do, we are better because of them. Hell, I’m lucky someone is willing to lend their talent and intelligence to my shit. For some reason they do and I love them for it. ”

For real, y’all, this is some BULLSHIT!

You want to be mad at somebody for ANYTHING GOW related – the delay, ps4/5, trolls, subtitle size, Sigrun, whatevs – be angry with me.

I made the calls. I did this.

Cory Barlog has also pointed out that he did think that the game could be ready for this year 2021. In any case, the team needs more time to offer the experience they have projected. This new God of War will be a continuation of the reboot of PlayStation 4, although hardly any details about it have yet been uncovered. Beyond a teaser trailer with the logo, we don’t know anything about Kratos’ next adventure.

Like Marvel’s Spider-Man: Miles Morales and Horizon Forbidden West, this new production will be an intergenerational title, so it will be released on both PS4 and PS5.