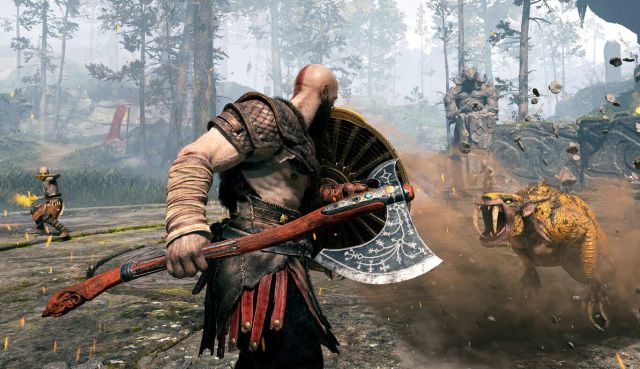 God of War: The creators of The Expanse will be in charge of this television adaptation of the PlayStation Studios saga, in case they get the rights. God of War, one of the commercial pillars of PlayStation Studios, is getting closer to making the leap to television with a live-action series from Amazon Studios. The information, advanced by Deadline, states that the negotiations are already well advanced and that it is a matter of time before we see Kratos and Atreus on the small screen. Not in vain, the official confirmation that formalizes the deal is missing.

God of War on television from the hand of Mark Fergus, Hawk Ostby and Rafe Judkins

Mark Fergus and Hawk Ostby, creators and showrunners of The Expanse, and Rafe Judkins, executive producer of The Wheel of Time, are chosen for this jump to television from the intellectual property of Sony Santa Monica Studio, currently immersed in the sequel to the successful God of War (2018, PS4), God of War: Ragnarok (2022, PS4, PS5).

The North American media collects details very reminiscent of what happened with The Last of Us at the time: PlayStation Productios and Sony Pictures Television lead the materialization of the project. The latter now talks with one of the main audiovisual producers on the small screen today, Amazon Studios, responsible for the Prime Video service; one of the most successful video on demand (VOD) services on the international scene.